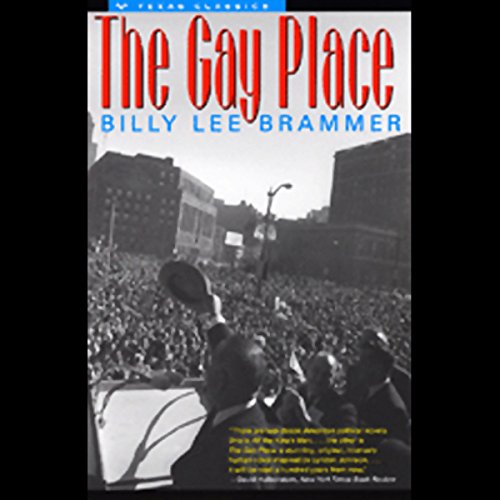 By: Billy Lee Brammer
Narrated by: George Guidall
Try for $0.00

Since its 1961 publication, Billy Lee Brammer's book, inspired by Lyndon B. Johnson, has gained a cult following. It has been praised by the New York Times, Gore Vidal, and Larry King, and has been ranked alongside All the King's Men as one of the great American political novels.

Brammer, who served on Lyndon Johnson's staff, uses his experience as a political insider to illustrate the good and the bad sides of politics. Three interlocking tales each feature a different protagonist - a state legislator, a junior senator, and the governor's press secretary - and illuminate the figure of Arthur "Goddam" Fenstemaker, a master politician and the governor of Texas. Considered a ruthless, exuberant politician, Fenstemaker works for the ultimate good of the people, even though he often employs questionable methods.

What listeners say about The Gay Place

I live politics but there was no point. wrapping the three books together did not tie them together. I realize the author did not intend for the 3 stories to be one but making them one limited the impact