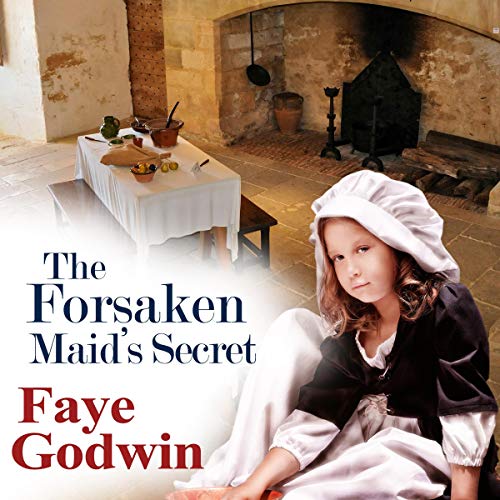 By: Faye Godwin
Narrated by: Cecily White
Try for $0.00

Bincy Hall was just seven years old when her mother abandoned her in a marketplace - a moment that will haunt Bincy forever. Discovered by the police, Bincy is taken to an orphanage, where she learns that Mama is not the only person who doesn't want her. In truth, nobody wants her, and Bincy is forced to cling to the orphanage bully Mae for comfort.

As the years pass, Mae forces Bincy to do everything she demands, from picking on the younger girls to giving up her meager allotment of food. When Bincy is betrayed by Mae, she's sent to work in a manor house as a scullery maid. That's where Bincy meets two young men: Judd, the street urchin who comes into the cellar to scavenge for food, and Henry, the charismatic young master of the house.

Despite Judd's warnings, Bincy finds herself falling for Henry. But when Henry demands more from her than she's willing to give, Bincy has to make a choice: give herself to him or face her greatest fear of being alone and discarded once more.

What listeners say about The Forsaken Maid's Secret

This is a sad, drama-filled story set in Victorian London and imitating the style of novels written during that time. The story is well written but starts off very sad until eventually ending in a heartwarming way. Poor little Bincy was a girl abandoned by her mother and then sent to an orphanage. She yearns to be loved and to belong somewhere but is terribly betrayed by the older girl she looked up to. Then poor Bincy was expelled from the orphanage to become a scullery maid, where she grows into a young woman and struggles to make the right choices for her life. I recommend this book to people who want a historical fiction tear-jerker. It was too sad for me to really enjoy the audiobook.

The narrator Cecily White gave a solid performance. She is talented at all the character voices, male and female, old and young. Every character sounded distinctive. Cecily White is skilled at a plethora of London accents. She also conveyed emotions very well.

This story shows how Bincy, an orphan, grows up, from being bullied, harsh treatments, not believing in herself to a young strong woman who finally takes control of her life. With The kindness of a friend and strangers, she gets help to make her dreams come true. This story is , heartbreaking, touching and emotional. I enjoyed lIstening to this story.
Cecily White narration was emotional. It was phenomenal ! I felt all the anguish, angst, love, confusion, anger of each and every character. Amazing narration. 🎧audiobookobsessionreviewer🎧

loved this book. so well written i finished it in a day! enjoy reading it.