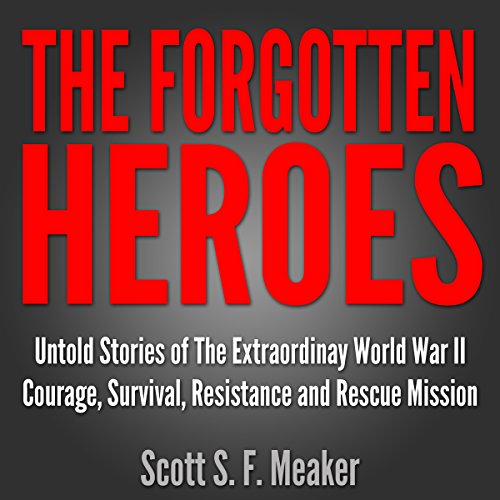 This is a short collection of Untold Stories of the Extraordinary World War II: Courage, Survival, Resistance and Rescue Mission.

As a point of reference for understanding the enormity of the impact of the war, there were more than 16 million Americans who served in World War II. There were 60 other countries also involved in the war. Many of the heroes were not recognized in their lifetimes. Some ended in lessened circumstances, or torture and death, because of their efforts to save lives during the agonies of war.

Millions died, but millions were saved by actions of people caught in a war that seemed like it would never end.

Some of their stories are captured here.

What listeners say about The Forgotten Heroes