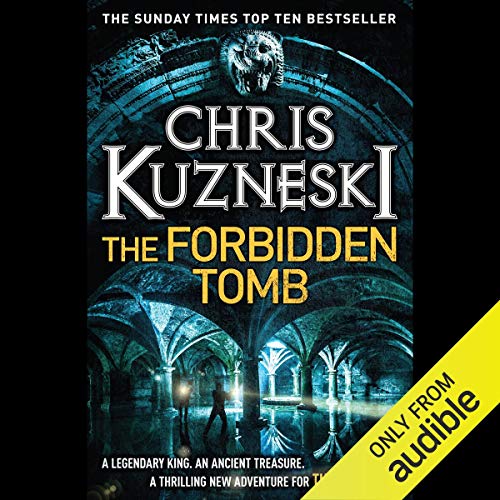 By: Chris Kuzneski
Narrated by: Andy Caploe
Try for $0.00

For nearly 2000 years, the legendary tomb of Alexander the Great -and the extraordinary riches concealed within - has remained undiscovered, but recent events may hold the key to locating the fabled vault. Only one team has what it takes to solve the mystery that has plagued historians for centuries.

The Hunters - an elite group assembled by an enigmatic billionaire to locate the world's greatest treasures - are tasked with finding the tomb. Following clues to Alexandria, they encounter hostile forces that will do anything to stop them. Before long, the treasure hunt becomes a deadly rescue mission that will take the lives of hundreds and leave a city in ruins.

As the danger continues to mount, will they rise to the challenge? Or will the team be killed before they find the ultimate prize?

What listeners say about The Forbidden Tomb

The narrator escaped from Warner Bros

I found the narrator incredibly distracting, mostly because all of the characters were caricatures. The women sounded like men in drag, the tough guys sounded like Popeye, the Marine sounded like Scooby Dum, etc...

Hate/love relationship with this audio book

No, but I found it surprisingly hard to not finish. The central plot revolves around an ancient mystery, and I found I'd been hooked.

Not suspenseful to me, but I got intensely curious about who the "baddies" were. Unfortunately, I had a lot of trouble believing that the main characters were endangered when they were supposed to be -- you never worry much about the Road Runner no matter HOW fiendish Wile E. Coyote is being.

Yes...it'd be a decent 120 minutes' entertainment, maybe with Clooney as the leading man. Subject to one condition: I wouldn't see the movie if I'd already read or heard the book. Again, the main point for me was finding who the bad guys were and their motivation.

Could have been a lot shorter, plot complexities notwithstanding.

The first book I have experienced by this author, I was fascinated by the intrigueing story line and the depth of the characters. The narrator did a superb job of portraying both male and female voices.