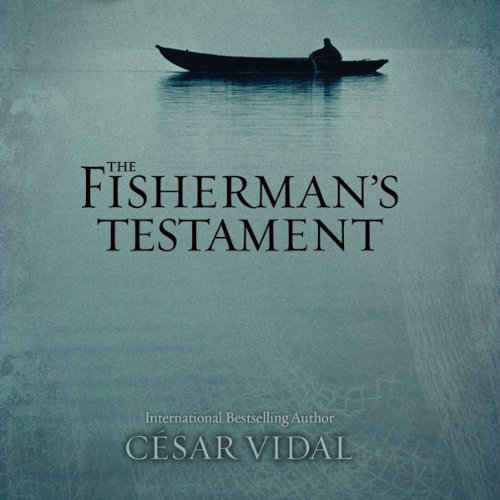 By: César Vidal
Narrated by: James Adams
Try for $0.00

It is the year AD 62. The notorious Roman emperor Nero orders Marco Junio Vitalis, a seasoned military general, to assist him in a most peculiar legal proceeding. Vitalis interrogates an elderly Jewish fisherman named Peter, who many years earlier had been a close friend of a man known as Jesus - the same Jesus condemned to death in Jerusalem by Pontius Pilate.

Loyal to the emperor, Vitalis determines to do everything in his power to expose the truth around this strange new religious sect before it undermines Roman rule. So it is, through the course of interrogation between veteran soldier and detainee, that a story emerges that will shake the very foundations of the Roman Empire.

Now making its first-ever appearance in English, this award-winning, meticulously researched Spanish best seller transports readers back to ancient Rome - to a culture far removed from ours yet with striking similarities, and to a time of tumultuous upheaval in which the stakes are high for followers of Christ.

What listeners say about The Fisherman's Testament

Beautiful Story- I was captured from the first sentence

Loved the story. Historically accurate, entertaining, easy to understand, good use of words. It sounds believable. An inspiring story. Enjoyed the perspective. It captures you on the first sentence.

Thank you Cesar Vidal. How wonderful to spend time with the Fisherman. I wish everyone could read this book.

I have read other reviews which suggest just reading the book of Mark, but I found the Roman perspective interesting. Even though this is a work of Historical Fiction the author did his due dilagence. Good quick listen for any modern day Christian looking to gain some historica perspective. James Adams does a great job.