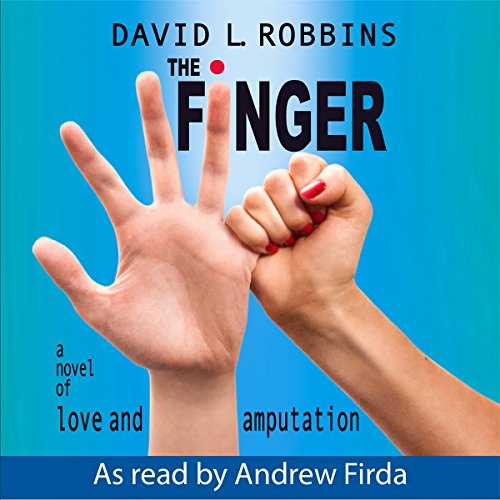 By: David L. Robbins
Narrated by: Andrew Firda
Try for $0.00

Wes Turner, an aging, careworn helicopter pilot in South Carolina, learns out of the blue that he is a father and grandfather. His new family has found him and embraces him, but Wes doesn't trust that love can come without a price tag.

A continent away in California, Dante LaBella can't commit to his beloved girlfriend Natalie; he breaks up with her one too many times, then she refuses to take him back. In a moment of metaphoric pleading, he offers her the choice of a finger as a display of his devotion. Natalie takes him up on it, selecting the pinky of his left hand. "The love I want with you," she says, "the love I need you to understand, is forever. Nothing's forever like nine fingers."

Dante recoils from cutting off his little finger. He seeks counsel from a friend, a local radio personality who inadvertently puts the quandary on the air. The reaction from the public is swift, loud and widespread as the cost of true love is weighed out in public. Most callers say it's a crazy idea, but a few, some sad and knowing voices, agree that true love is worth any price, even cutting off a pinky. "Yeah. With a butter knife," says one respondent. Another listener to the broadcast is the most powerful talk show host in America: Nanette Towne. Nanette convinces Dante and Natalie to be guests on her nationwide show, where in front of America she asks the question: at what cost love?

Back in South Carolina, Wes, watching Nanette's show, at last sees the answer to the same burning question in his own life: what to pay for love? He determines the price love wants is for him to drive cross-country and make certain that Dante pays the price too: Dante must give love his finger.

What listeners say about The Finger