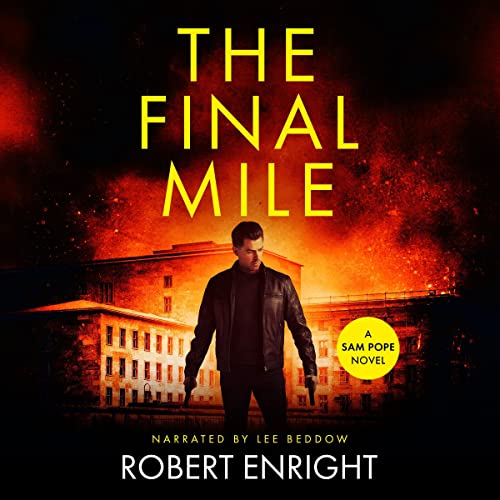 By: Robert Enright
Narrated by: Lee Beddow
Try for $0.00

The Amazon number one best seller

Faced with life behind bars, Sam Pope has made peace with his fight being over. After discovering the harrowing truth behind Project Hailstorm and bringing down the corrupt General Wallace, Sam is abruptly sent to Ashcroft prison.

A secret, maximum security prison known as "The Grid", housing the most dangerous criminals and a sadistic team of guards to keep them in line.

All of them baying for Sam's blood.

As Sam fights for his survival, Mac is fighting for his chance of vengeance. With Blackridge disbanded, Sam's former comrade makes his way back to the UK to settle the score once and for all. But with Sam off the grid, Mac is willing to go to extreme lengths to draw him out, putting those Sam holds dearest in terrifying danger.

The Final Mile is another installment in the blistering, international best-selling Sam Pope series that will thrill fans of Lee Child, Mark Dawson, and Chis Ryan.

Grab your copy, and join the fight!

What listeners say about The Final Mile