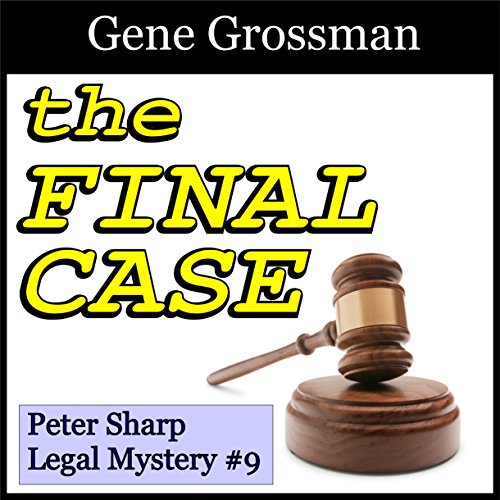 There are many types of mysteries, but one specific group stands apart from all the others: those involving a locked room in which a dead body is found...a room that would have been impossible for any person to have entered, committed the murder, and left - because of locked doors, locked windows, or other security devices making the entry and exit impossible.

Over the years every mystery writer worth his salt has tried to come up with the one that tops all the others: the secret compartments, doors locked from the inside, confused timelines, etc. It's all been tried over and over.

Jacques Futrelle set the standard with his "Problem in Cell 13", John Dickson Carr raised the bar with his The Hollow Man, and in this one Gene Grossman throws his hat into the ring, not with a mystery taking place in a locked room but with one that takes place in a room with an open door - but an apparently invisible murderer.

Because of the high-profile guests in attendance at this affair, there were a number of security guards both inside and outside of the property, all attesting to the fact that nobody entered or exited the deceased's study for at least 20 minutes before everyone heard the fatal assumed suicide gunshot - and all guests at this party, including the chief of police and district attorney, believe that there can be no other logical conclusion but suicide...at least everyone but a 12-year old amateur detective with a brain that many have likened to that of Sherlock Holmes: little Suzi, attorney Peter Sharp's legal ward. So hang on as she battles the adults to prove her case.

What listeners say about The Final Case