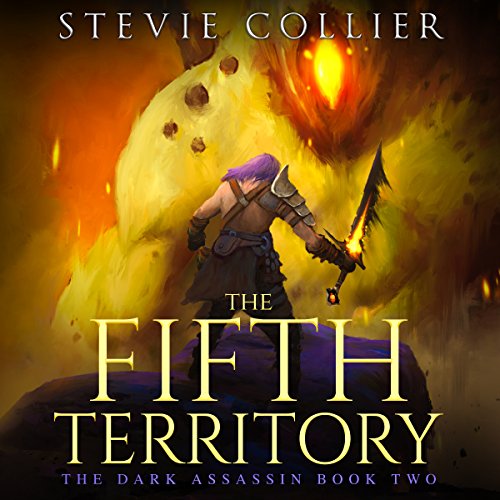 By: Stevie Collier
Narrated by: Doug Tisdale Jr.
Try for $0.00

A journey for which no assassin would be ready...

His best friend is dying an agonizing death. The love of his life has rejected him. His parents, once thought dead, are actually alive. The ancient evil that terrorized his young life has been reawakened.

With hopes of finding a way to save his friend from a slow death, Esh dares the dangerous skies to cross the Endless Sea to the Fifth Territory of Auroth. It is here he discovers an entirely new race, one that relies heavily on a powerful sorcery of which he’s never heard: the Radiance.

It is this Radiant energy that offers Esh hope that Barish can be saved, yet his hopes are dashed when he learns the source of this power, the Lambent Heart, has been stolen.

Not only does the fate of his best friend lie on his shoulders, but now, so do the souls of an entire civilization, as they have lost their life source. As Esh turns his attention to tracking down the Lambent Heart, his own heart sinks, for that which he seeks lies in the chest of a 700-foot monster - and it’s headed his way.

And Master Rift's training didn't include anything on slaying a colossus!

This audiobook is for you if you love:

What listeners say about The Fifth Territory

Great continuation with surprises along the way!

The Fifth Territory is a great continuation of the adventures of Esh, the Dark Assassin. From the very beginning, you are absorbed into the story through an action-packed intro with hints of interest-piquing storyline that steadily unfolds. This series is wonderfully detailed, with my favorite being the unique dark fantasy creatures which, for me, breathes life into the pages. Also, the narrator does an amazing job! So far I’m highly enjoying this series and I can’t wait for the next one!

I loved the first book. Enabling me to finish this one. It was a struggle the entire way. Esh the overpowered MC is f%^ked at every turn as every battle is win for him by unforeseen circumstances and other characters. Constantly being manipulated and physically incapacitated. Absolutely pathetic. Waste of potential.