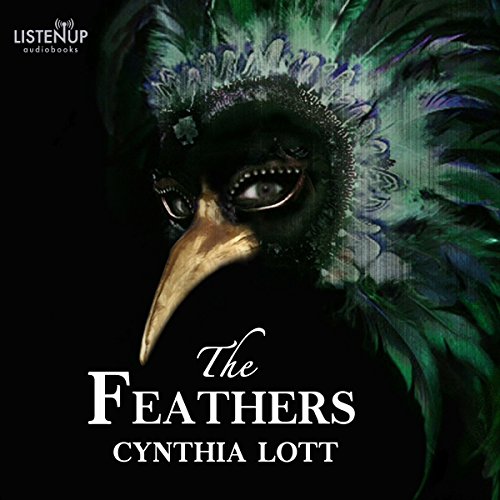 By: Cynthia Lott
Narrated by: Courtney Patterson
Free with a 30-day trial

New Orleans novice detective, Brenda Shapira, investigates murders committed by a vengeful killer, only to discover that the killer has been dead for 100 years. As she unravels this ancient mystery steeped in New Orleans history and the Yellow Fever epidemic, Brenda realizes that she may be his next victim.

What listeners say about The Feathers: Southern Spectral Series Book 1

Would you listen to The Feathers: Southern Spectral Series Book 1 again? Why?

I would listen to The Feathers again for the atmosphere. I enjoyed the New Orleans setting and the time setting, late 1970's. That is an unusual setting when there were no cell phones or internet browsers to help the investigation along. They actually needed to go to libraries to do research. I remember it well!

The suspense kept building thoughout to a finish that was entirely unexpected. I am looking forward to the next in the series.

Which character – as performed by Courtney Patterson – was your favorite?

I think it would have to be Brenda- very dogged and willing to admit the possibility of supernatual.

I was moved by the accounts of the murder victims. That was a nice stylistic twist that helped them become more human- not just a series of victims.

I really liked this book! Detective Brenda Shapira is brought in on a gruesome murder of a prodigy,the first os many.At each scene a number of feathers are left.Brenda finds that there will be 5 murders.The grudge dates back 100 years.How cam a crime so old affect the present?Read it and find out! Courtney Patterson does a fine job narrating this book.This audiobook was provided to me at no cost for a fair and honest review

If you could sum up The Feathers: Southern Spectral Series Book 1 in three words, what would they be?

Yes! An abundance of raw details really let my mind draw a picture of what was happening. I felt as if I was there observing every scene. The motive for the crimes was craftily kept until later in the story which left me perplexed until the unexpected ending.

The reader did a great job with all the accents and dialects so I could easily distinguish the characters. It was a very diverse cast and this was no easy task.

Towards the end, when it was revealed what happened to the antagonist way back - I found myself feeling sorry for him, yet struggling with my feelings if his actions were righteous and justified.

I listen to audiobooks on my commute to and from work. I found myself running a little late for work, or sitting in the driveway parked at home -- because I couldn't turn off this story! I'm looking forward to the next books in the series.

Yes, it's entertaining and an interesting book.

What does Courtney Patterson bring to the story that you wouldn’t experience if you just read the book?

A unique voice to the writing.

I received this to give an unbiased review.

I maybe would have liked it a lot better if it was complete! I listened to most of it but it was too stupid for me. I didn't like the characters. Why is this guy always sending her out of the crime scenes?! She's a detective. She has a job to do or get out of dectecting.

I was let down with how weak and needy the “heroine” was. She was incredibly unlikeable and disappointing as the lead. Not sure if I will “read” more from this author. Incredibly disappointed.

I just couldn't put it dow.

This book is so well written. It starts as a mystery and gradually the supernatural creeps up step by step. The ending is strong and surprising. I couldn't put it down!

Very much enjoyed this book. It gives a different side to death. I also would like to believe our loved ones stay close ,after they pass on.

Loved the story and the way out transitioned out. This will definitely keep you listening.

Brenda is an amateur detective, set out to find out who killed the murder victim she found in the historic garden district. As her research progresses it's leading her to Thomas Carpenter who died in 1878....

It's engaging and intriguing all in one. You will most definitely want to read this one to the end.

Looking forward to more from this author.

I was voluntarily provided this free review audio copy of this book.