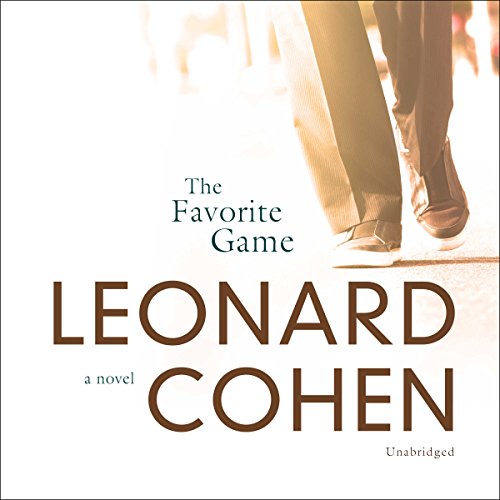 By: Leonard Cohen
Narrated by: Jonathan Davis
Try for $0.00

In this unforgettable novel, Leonard Cohen boldly etches the youth and early manhood of Lawrence Breavman, only son of an old Jewish family in Montreal. Life for Breavman is made up of dazzling color - a series of motion pictures fed through a high-speed projector: the half-understood death of his father; the adult games of love and war, with their infinite capacity for fantasy and cruelty; his secret experiments with hypnotism; the night-long adventures with Krantz, his beloved comrade and confidant. Later, achieving literary fame as a college student, Breavman does penance through manual labor but ultimately flees to New York. And although he has loved the bodies of many women, it is only when he meets Shell, whom he awakens to her own beauty, that he discovers the totality of love and its demands and comes to terms with the sacrifices he must make.

What listeners say about The Favorite Game

it's. Beautiful. And beautifully narrated.

loved The Favorite Game. I can spin the chapters, click on one and play. each and every chapter is a delicious vignette
that enfolds me into it's moment, into the throngs of a perfect view.
Sublime Errotica. this is not some drama flooded with exclamation points.