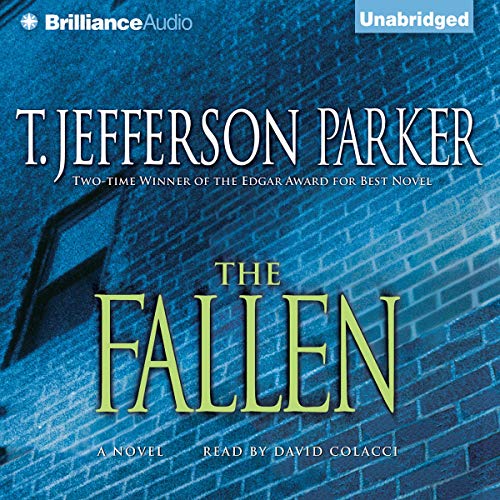 My life was ordinary until three years ago when I was thrown out of a downtown hotel window. My name is Robbie Brownlaw, and I am a homicide detective for the city of San Diego. I am 29 years old.

I now have synesthesia, a neurological condition where your senses get mixed up. Sometimes when people talk to me, I see their voices as colored shapes provoked by the emotions of the speakers, not by the words themselves. I have what amounts to a primitive lie detector. After three years, I don't pay a whole lot of attention to the colors and shapes of other people's feelings, unless they don't match up with their words.

When Garrett Asplundh's body is found under a San Diego bridge, Robbie Brownlaw and his partner, McKenzie Cortez, are called on to the case. After the tragic death of his child and the dissolution of his marriage, Garrett - regarded as an honest, straight-arrow officer - left the SDPD to become an ethics investigator, looking into the activities of his former colleagues. At first his death, which takes place on the eve of a reconciliation with his ex, looks like suicide, but the clues Brownlaw and Cortez find just don't add up. With pressure mounting from the police and the city's politicians, Brownlaw fights to find the truth, all the while trying to hold on to his own crumbling marriage. Was Garrett's death an "execution" or a crime of passion, a personal vendetta or the final step in an elaborate cover-up?

What listeners say about The Fallen

This book would have been much more enjoyable if two of its characters had been eliminated, or at least minimized or viewed differently by the protagonist. The adoration of his cheesy, shallow, bimbo wife Gina, and of his beloved "city", San Diego, were a little hard for me to take. I call San Diego a character because the author used it as such in the book. Come on, SD may be big for a small town, but that's really all it is. There is a blandness to the book's setting that I don't feel when I read books based in LA, SF, NY, or other major cities. And Gina - she should have been dumped her in the beginning of the book. Robbie's constant attempts at pleasing her with expensive trinkets made him look like a fool. Actually, there seemed to be too much babble throughout the book about expensive toys. I don't think I'll read anything more by TJ Parker.

The book was well performed by the excellent narrator, David Colacci.

This was my first T. Jefferson Parker book. I don't usually choose murder mysteries but I am glad I gave this one a try. Interesting premise and very good reader.

Victor the Assassin I can’t help but love! As always, superbly talented author Tom Wood brings us another complexellent thriller with this intricate addition to his “Victor the Assassin” series. Listen intently; you don’t want to miss one detail as we travel across the globe, involving dangerous, intriguing and complicated characters throughout this twisty thriller. Rob Shapiro’s narrative skills are on-point. Wood and Shapiro make a flawless team; I can’t imagine one without the other. Well worth a cherished credit. So highly recommended, I want to scream from the rooftop, Epic, I say! EPIC! EPIC! EPIC!

The only bad thing about this terrific story is that it is not a series! More Robbie Brownlaw would be better. Well told, well performed...read this!

Loved it all but the end

The performer failed to give us even a brief stop at the end of the book, but went immediately into acknowledgments, so it took me a couple seconds to realize we were at the end, and I had to internally go back in my mind to find how the book ended. He could at least take the time to say “the end” !

The narration was great. Glad I found this in the older selections. Will look for more from this author.