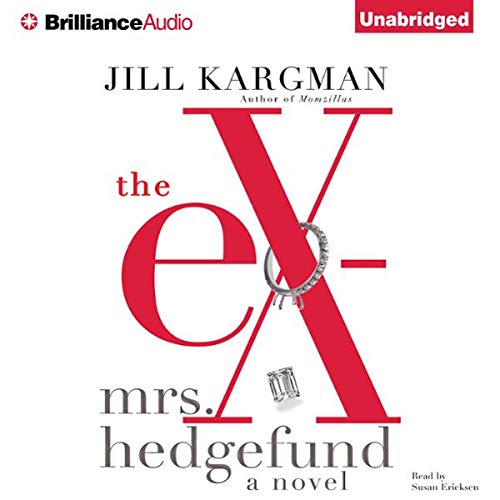 The year is 2006, the apex of excess. Married to the founder of Comet Capital, Holly Talbott is slowly becoming a reluctant Mrs. Hedgefund. Sure, it's great to live in a world that is seemingly sheltered from the threat of economic collapse and the risk of having to downsize from new Roger Viviers to consignment Manolos. Holly loves being a stay-at-home mom to her son, Miles, keeping house accounts at all the best places in town, and having a Rolodex of eager donors for her fund-raisers for the local hospital, but there are matzoh ball soup cooked by Rachael Ray ($675,000) and 15 minutes with Warren Buffett ($700,000). Holly some downsides to this world of excess and secluded luxury. For starters, there are endless black tie functions where the hedgie men vie to show up their competition with bids at charity auctions on and her sister-in-law, Kiki, joke that lunches are called luncheons because they take eons, that even Botox can't stop their mother-in-law's withering stares, and that their husbands are away so often it almost feels like they are single again.

When an adventure with Kiki to trendy Williamsburg leads to a shocking discovery, Holly soon learns that not all of her husband's trips have been for business. Forced to choose between compromising her integrity and living honestly, Holly begins to navigate a new New York existence. And while being a divorcée may make her a pariah to the other moms on the Upper East Side, below 57th Street there is a world of new career and dating prospects to explore. Holly soon finds that sometimes exes have all the fun, and in the most unexpected places.

What listeners say about The Ex-Mrs. Hedgefund

I thought this was a cute book. I have done one other of her books. I tend to like sarcasm .

I never listen to books otherthen at the gym. I could not wait to return to the gym everynight to finish this book!

If your looking for a Hallmark movie all wrapped up in a book, then this is for you! The story is kind of predictable with a few silly laughs and good zingers. Good summer beach read!