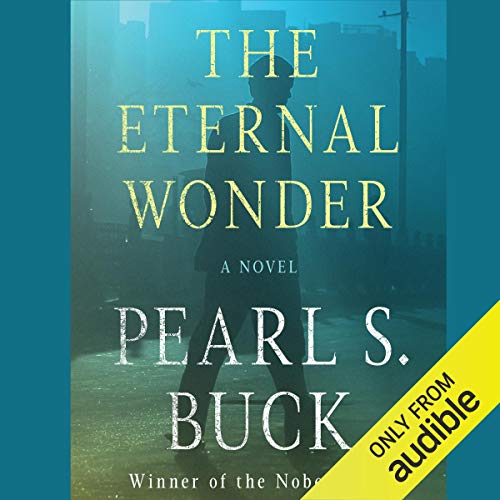 A recently discovered novel written by Pearl S. Buck at the end of her life in 1973, The Eternal Wonder tells the coming-of-age story of Randolph Colfax (Rann for short), an extraordinarily gifted young man whose search for meaning and purpose leads him to New York, England, Paris, on a mission patrolling the DMZ in Korea that will change his life forever - and, ultimately, to love.

Rann falls for the beautiful and equally brilliant Stephanie Kung, who lives in Paris with her Chinese father and has not seen her American mother since she abandoned the family when Stephanie was six years old. Both Rann and Stephanie yearn for a sense of genuine identity. Rann feels plagued by his voracious intellectual curiosity and strives to integrate his life of the mind with his experience in the world. Stephanie struggles to reconcile the Chinese part of herself with her American and French selves. Separated for long periods of time, their final reunion leads to a conclusion that even Rann, in all his hard-earned wisdom, could never have imagined.

A moving and mesmerizing fictional exploration of the themes that meant so much to Pearl S. Buck in her life, this final work is perhaps her most personal and passionate and will no doubt appeal to the millions of listeners who have treasured her novels for generations.

What listeners say about The Eternal Wonder

What disappointed you about The Eternal Wonder?

I have read and listened to many books by the author Pearl S Buck. This was either not written by her or was a very rough draft. Underdeveloped, overly wordy, repetitions, and just plain dull. It hadso much potential - but fell flat. I could not finish it. The narrator could not save. Maybe a good editor would have been able to do so.

What was most disappointing about Pearl S. Buck’s story?

Hopefully this will not be anyone's introduction to Peal S. Buck. It is not representative of her work. If this is your first book by this author - go read/listen to "The Good Earth"

this does not feel like Pearl Buck....I forced myself to listen to the first three chapters but gave up.

Wow what a trip back in time.

What did you love best about The Eternal Wonder?

I love how the author Peal teaches you about certain aspects of life. If you don't know about living in New York or visiting other parts of the world, this book will get your mind clicking. This was a great way of showing the world through the eyes of a child prodigy. Some people are just ahead of their times but Pearl gives you insight of life and the people around you.

What was one of the most memorable moments of The Eternal Wonder?

When Ran falls in love with an older woman and lives for months in another country with her. His first time out of the country. Love the details of how he explored in a new country and when his ah-ha moment came to move on with his life.

Which character – as performed by Aaron Abano – was your favorite?

Who was the most memorable character of The Eternal Wonder and why?

The college professor because it shows how people can get caught up intellectually and how dynamics of relationships can change with a turn of the hat.

I love how Pearl teaches you about life and opens your mind up to another world if you were never exposed. My first time reading one of her books working on reading the Good Earth Now. It was nice to visit her home in PA.