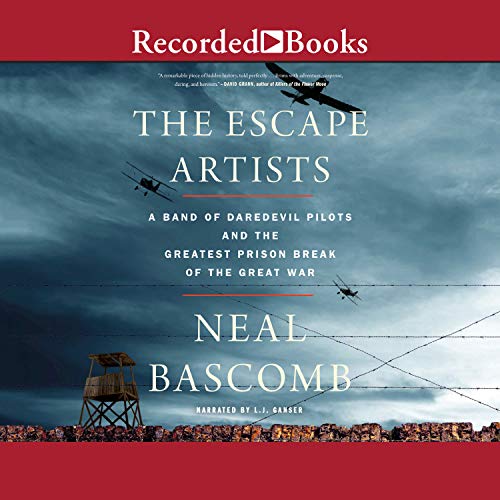 In the winter trenches and flak-filled skies of World War I, soldiers and pilots alike might avoid death only to find themselves imprisoned in Germany's archipelago of POW camps, often in abominable conditions. The most infamous was Holzminden, a landlocked Alcatraz of sorts that housed the most troublesome, escape-prone prisoners. Its commandant was a boorish, hate-filled tyrant named Karl Niemeyer, who swore that none should ever leave.

Desperate to break out of "Hellminden" and return to the fight, a group of Allied prisoners led by ace pilot (and former Army sapper) David Gray hatch an elaborate escape plan. Their plot demands a risky feat of engineering as well as a bevy of disguises, forged documents, fake walls, and steely resolve.

Once beyond the watch towers and round-the-clock patrols, Gray and almost a dozen of his half-starved fellow prisoners must then make a heroic 150-mile dash through enemy-occupied territory toward free Holland.

Drawing on never-before-seen memoirs and letters, Neal Bascomb brings this narrative to cinematic life amid the twilight of the British Empire and the darkest, most savage hours of the fight against Germany. At turns tragic, funny, inspirational, and nail-bitingly suspenseful, this is the little-known story of the biggest POW breakout of the Great War.

What listeners say about The Escape Artists

This is a great story about some very brave and persistent men. At times, however, the author seems to have forgotten that there were no Nazis in world war I.

Real bravery why needs to be celebrated. This book does just that. It should be read by everyone!

This book was about POW prison camps in Germany during World War I. The escape attempts and the drive to keep trying even after re-capture and solitary confinement was amazing. The biggest attempt in which the end of the book focused, was interesting. I was a little bored and sometimes confused earlier in the book. The story would probably be a great movie. I finished reading it because I wanted the history lesson. Ironically, I finished it on November 11, exactly 100 years after the conclusion of World War I. It was a fitting way to contemplate that day.