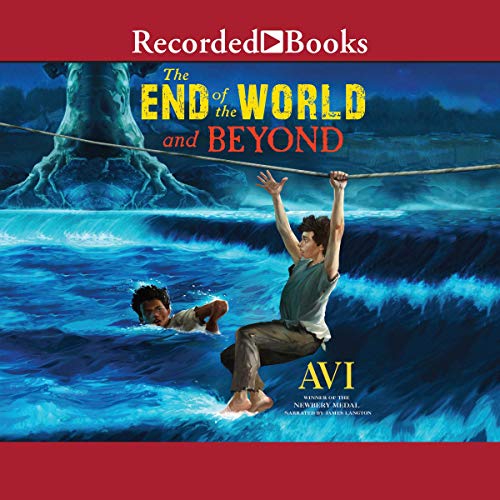 The End of the World and Beyond

In this sequel to The Unexpected Life of Oliver Cromwell Pitts by Newbery Medalist Avi, Oliver's adventures take him to the 18th-century American colonies, where he is forced to fend for himself in the harsh wilderness, live as an indentured servant, and come face-to-face with the brutality of enslavement.

Convicted of thievery and transported from England to America, Oliver Cromwell Pitts, shackled to his fellow prisoners, endures inedible food, filthy conditions, and deadly storms on his voyage across the Atlantic. But the hazardous shipboard journey is nothing compared to the peril that waits for him on the colonial shores.

In Annapolis, Oliver’s indentured servitude is purchased by the foul, miserly Fitzhugh, who may have murdered another servant. On Fitzhugh’s isolated tobacco farm, Oliver’s only companion is an enslaved boy named Bara. Oliver and Bara become fast friends with one powerful goal: to escape Fitzhugh.

Oliver hopes he can find his sister, Charity, brought somewhere in the colonies on a different ship. Bara dreams of reaching a community of free black people in the cypress swamp who may help him gain his liberty. But first, the boys must flee Fitzhugh’s plantation and outrun their brutal pursuer and the dangers that lurk in the swamp.

What listeners say about The End of the World and Beyond

I’m not sure why someone else gave it lesser than stellar reviews. I do think if you skip the prequel, it will not be as meaningful. Maybe that was their problem. It is a very good book and narrator.