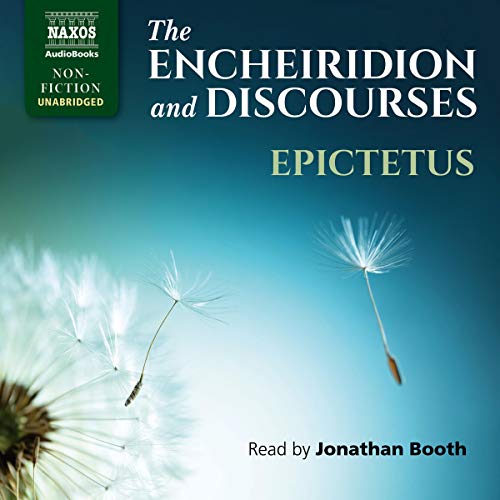 The Encheiridion and Discourses

By: Epictetus
Narrated by: Jonathan Booth
Try for $0.00

Born into slavery in the first century AD, Epictetus was a leading Greek philosopher of the Stoic school. He spent most of his life in Rome before the Emperor Domitian banished all philosophers from the city in AD 93; his exile then took him to Nicopolis in Greece. His teachings were recorded by his pupil Arrian, who published both the Encheiridion and Discourses. The Discourses, which Arrian claimed to have taken down during lectures he attended, comprised eight books of which we have only four. The Encheiridion (Handbook) is a distillation of the main ideas found in the Discourses. Throughout these works is the strong sense of Stoic philosophy, with its emphasis on self-examination and self-knowledge, being presented as a practical way of living rather than a theoretical code.

What listeners say about The Encheiridion and Discourses