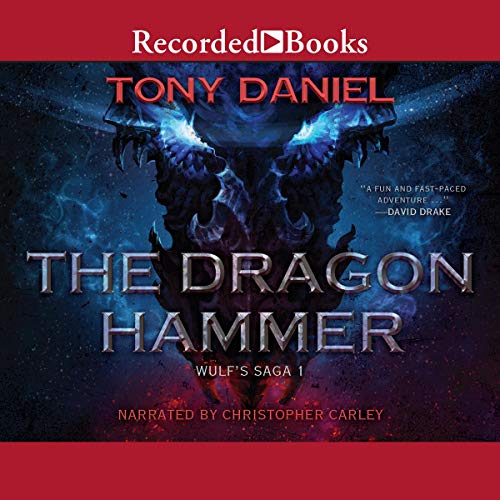 By: Tony Daniel
Narrated by: Christopher Carley
Try for $0.00

The 16-year-old third son of a duke in an alternate Viking-like medieval America must face invasion by confederates of a colonial Roman empire based on vampiric blood slavery.

The Dragon of Shenandoah wasn't supposed to be calling. Wulf von Dunstig was so far down the succession list, he wasn't even spare to the heir! But calling it was. As the third son of the ruler of the Mark of Shenandoah, Wulf should not have inherited the ruler's complete bond with the giant dragon that lay under his land. He was into reading sagas and ranger lore, after all. Visions and rule were for his brother Otto. Yet when Wulf is secretly compelled to bond with the land-dragon, he finds himself thrust into a terrible new reality.

Wulf's one chance to halt an invasion of evil is a weapon forged in the heart of a dragon and lost to the world centuries ago. Find it and hope for freedom remains. Lose it, and the dragons - along with the world they made - will fall into endless darkness. That weapon's name?

What listeners say about The Dragon Hammer