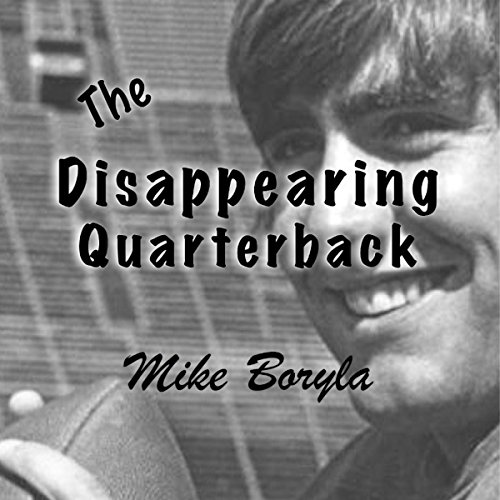 "He had everything he wanted but didn't want what he had" sums up the theme of The Disappearing Quarterback by Mike Boryla, former NFL quarterback for the Philadelphia Eagles. Boryla relates in a humorous yet heart-wrenching way his days as a football player on the field of Regis High School in Denver, Colorado; Stanford University; and finally the Philadelphia Eagles (1974-76), throwing two touchdown passes for the NFC in the January 1977 Pro Bowl.

"I made 60 percent of it humor, but the beginning and the end are pretty tough," Boryla stated recently in the Denver Post. Boryla also discusses some of the current hot-button NFL issues, including concussions (he suffered one at Regis and two with the Eagles) and brain injuries that preceded his exit from professional football.

What listeners say about The Disappearing Quarterback

Mike tells a poignant story from a very unique perspective. He gives us the warm, and funny stories of a football life set against the terrifying realities that severe injury and, or death is lurking right around the corner. He brings out the ambivalence of living in the life of pro football while being terrified of it at the same time.