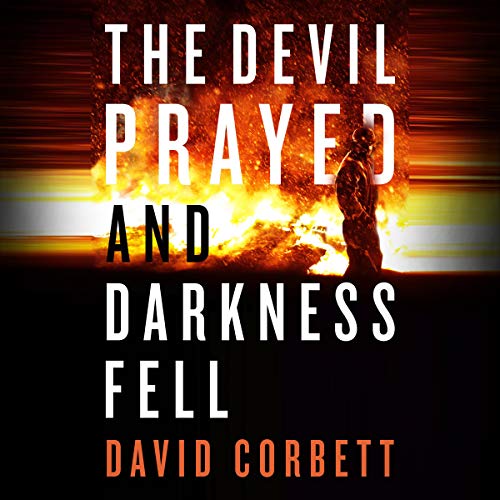 The Devil Prayed and Darkness Fell

By: David Corbett
Narrated by: David DeVries
Try for $0.00

Phelan Tierney sees his mission in life as coming to the aid of the lost, the broken, the despised. This reputation as the justice system’s St. Jude compels a woman named Marcheline Whalen to seek him out and ask for his help. Her brother - an Iraq War vet - stands accused of killing a cop. Not just any cop - the most widely respected and deeply loved officer on the local force. What Phelan learns, and what he’s obliged to do, will reshape his notions of justice, honor, and compassion forever.
©2015 David Corbett (P)2016 Audible, Inc.
Literature & Fiction Suspense
Show more Show less

What listeners say about The Devil Prayed and Darkness Fell

When I decided to download this book, I knew that I didn't like the title . . . but I was intrigued by the description. It is a book that will long stay with me, as the mother of two Iraqi war veterans, both of who came home very different men. Neither, however, went through anything as horrific as the young Marine in this story did. This is not a PTSD story, far more than that. This author captures the evil of war in an area of the world where there are no rules, yet we have chosen to send our young men and women to fight there, providing them with no good boundaries with which to protect themselves, leaving them defenseless . . . to a decay that is worse than death. Yet, I agree with Whopper's friend, there is STILL a choice to be made, and this Marine made his choice . . . and ultimately he owned it. The decision of Phelan Tierney to take on the case of the Marine who had murdered the decorated cop was the right decision also, in a world where a free people MUST be made aware of what sending its once whole and healthy young people to war in an unholy place accomplishes . . . The sister of the young Marine, a Christian, who ultimately loved and sat beside her brother during the ordeal and during his trial, remembering their mother's words to her brother, was a mirror of what the young Marine used to be . . . and could never be again . . . There was a lot more on trial than the young Marine in this short tale . . . the American conscience.