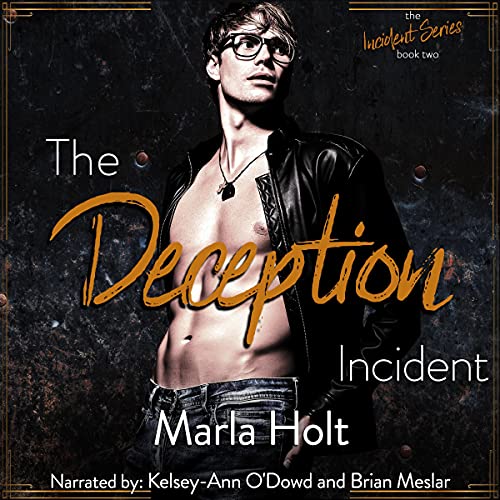 Her life is stabilizing, and his is spiraling while they both keep secrets.

Minnie Halvarson moved to Kansas to start over. She wanted to be anonymous, live a simple life, and heal from her past. When Bryant Wilder walks into her bookstore, she thinks she’s hit the boyfriend jackpot. What more could she want than a tall, bookish man who worships her?

Until Minnie finds out he’s dating mega pop star, Van Birch and cuts all ties with him.

Bryant Wilder is a humble Kansas contractor by day and Van Birch’s fake boyfriend whenever she needs him to be. At first Bryant is happy to do it, but after five years, he is tired of dodging paparazzi and keeping his hookups on the down low.

Who he wants is Minnie. But she won’t even look at him.

Now Van is back in Wellville, and has adopted Minnie into their friend group, Bryant is just as smitten with her as ever. Maybe if she hadn’t just had a baby, he’d actually have a chance.

The Deception Incident is the second book in the Incident Series. Dig into this steamy, instalove, secret baby romance with a guaranteed happily ever after by Marla Holt.

What listeners say about The Deception Incident