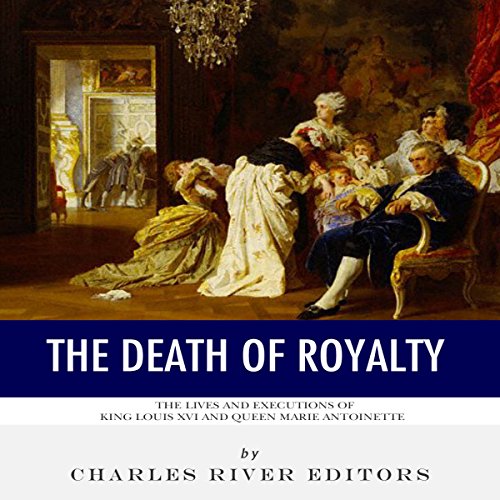 The Death of Royalty

The Death of Royalty

Louis XVI and Marie Antoinette are among France's most famous royalty, but for reasons they would have much rather avoided. Coming of age in the wake of the reign of the Sun King, Louis XIV, and his father, Louis XV, Louis XVI initially intended to be one of France's most enlightened Kings. Instead, he was destined to be the only French King ever executed. Indeed, it is his death and his role in fomenting the French Revolution (along with his infamous Queen, Marie Antoinette) that continue to play the central role in Louis XVI's legacy.

Throughout history, a countless number of historical figures have had their lives overshadowed by the myths and legends that surround them to the extent that their legacy comes to define them. In French history, this is truer of Marie Antoinette than just about everyone else. Nearly 220 years after she was put to the guillotine, Marie Antoinette is more famous than ever, fairly or unfairly coming to epitomize royalty and everything that was wrong with it. Since her death, Marie Antoinette has been the subject of sharp historical debate over whether she was actually a catalyst in the French Revolution or simply an insignificant scapegoat who was unfairly made a target.

Two of the chapters were word for word repeats of previous chapters. How the Charles River Editors cannot properly EDIT and create better a product than this is sad.

This is a review of Louis 16 and Marie Ant. It has the feelings of the tragedy of the Romanov's in Russia years later. Although brief, the narrative follows the historical time line, and has details for which I was not aware until this reading. A good companion before or after you read 'The French Revolution'.