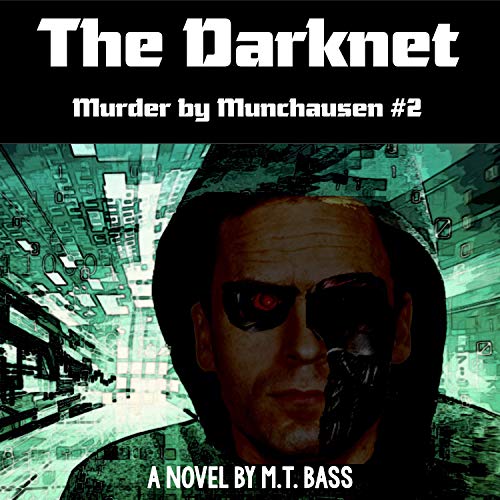 It was the case of a lifetime...but then, it went sideways on her. The suspect Maddie put behind bars might have been crazy, but it turns out he was innocent, and now she finds herself in the Artificial Crimes Unit hunting a serial killer from 200 years ago and a madman breathing life back into him with modern technology. Worse yet, she’s partnered up with Jake, her former lover.

When androids are hacked and reprogrammed into hit men, Maddie and Jake investigate and track down the the cyberpunk hackers. But now, an evil genius is using droids to recreate the infamous Jack the Ripper murders.

"It might not make sense, but the beloved Media tags it 'Murder by Munchausen.' For a price, there are hackers out there who will reprogram a synthoid to do your dirty work. The bad news: no fingerprints or DNA left at the crime scene. The good news - at least for us - is that they’re like missiles: once they hit their target, they’re usually as harmless as empty brass. The trick is to get them before they melt down their core OS data, so you can get the unit into forensics for analysis and, hopefully, an arrest." (Excerpt from Murder by Munchausen)

Artificial evil has a name…Munchausen.

What listeners say about The Darknet