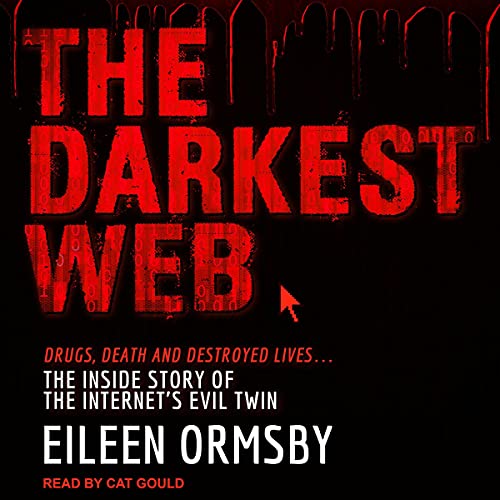 By: Eileen Ormsby
Narrated by: Cat Gould
Try for $0.00

Darker... A death in Minnesota leads detectives into the world of dark web murder-for-hire, where hundreds of thousands of dollars in Bitcoin is paid to arrange killings, beatings, and rapes.

Darkest... A video circulates, and the pursuit of the monsters responsible for "Daisy's Destruction" leads detectives into the unimaginable horror of the world of hurtcore.

There's the world wide web - the internet we all know that connects us via news, email, forums, shopping, and social media. Then there's the dark web - the parallel internet accessed by only a select few.

Eileen Ormsby has spent the past five years exploring every corner of the dark web. She has shopped on darknet markets, contributed to forums, waited in red rooms, and been threatened by hitmen on murder-for-hire sites. On occasions, her dark web activities have poured out into the real world, and she has attended trials, met with criminals and the law enforcement who tracked them down, interviewed dark web identities and visited them in prison.

What listeners say about The Darkest Web

I really wish the Narration was more enjoyable.
if anything it sounded robotic, you could fall asleep to it.