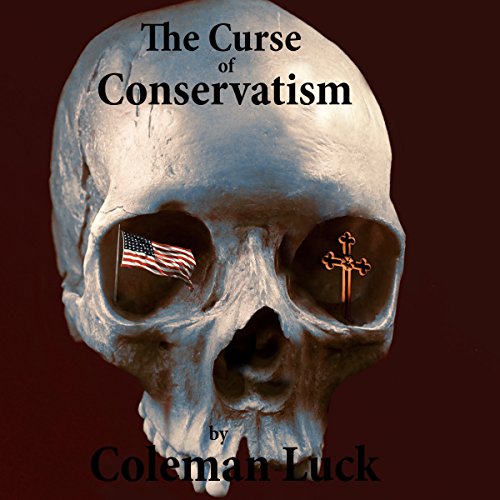 The Curse of Conservatism

The Curse of Conservatism

Two thousand years ago Jesus Christ said that his kingdom was not of this world. His followers have been trying to prove him wrong ever since. During the past 40 years, the evangelical Christian church in America has undergone a transformation. In an attempt to reshape the country in order to restore a moral, Biblically based foundation, conservative theology has been married to conservative political thought. For many people, to be a "social" conservative Republican and a conservative evangelical Christian mean the same thing. Has this transformation been positive or has it been a lethal form of syncretism?

As an evangelical Christian since childhood, Coleman Luck has been raised in the church. He studied the Bible at the Moody Bible Institute in Chicago, where his father, the late Dr. G. Coleman Luck, was a professor. However, a few years later, Coleman's life took an unexpected turn. After doing graduate study at USC, he entered the Hollywood entertainment industry as a writer. A few years later he became a television producer and the showrunner of a hit television series of the late 1980s, The Equalizer. Coleman has had a unique vantage point from which to view the cultural and political wars of the last decades. It is from this double perspective, as both an evangelical Christian and a long-term member of the Hollywood community, that Coleman has written The Curse of Conservatism.

This is a book evangelicals really need to listen to.

I came into this with my guard up expecting revisionist nonsense, but I was delighted to find that I heartily agree with his assessment of the evangelical church and the political landscape. And I think he is very right about the church not doing well when it has political power because Jesus never meant for us to share power, and doing so only weakens the church. I've said for years that the worst thing that happened to the early church what is the rule of Constantine. One more case of those who don't know history are doomed to repeat it. Bad news is we're living through that.

This is an important but brief work. Very worthy of a listen. I own over 1000 titles in audible, and I am not usually a fan of authors writing their own work, Coleman is an exception to this. He doesn't excellent job.