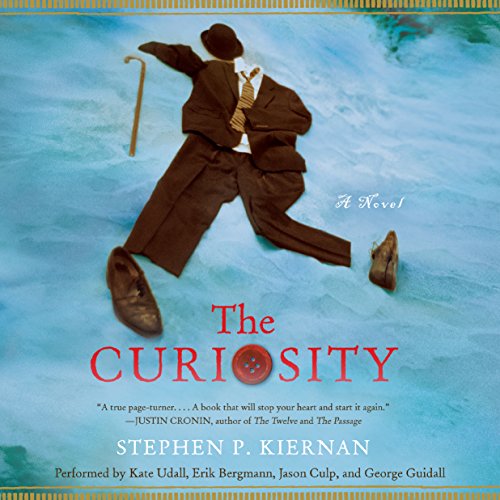 When Dr. Kate Philo and her exploration team discover what appears to be a seal frozen in an Arctic iceberg, they believe they have made a momentous breakthrough in their research. Kate is part of the Lazarus Project, run by the egocentric genius Erastus Carthage. To date they have brought small creatures like plankton and shrimp "back to life" - for 1/10th of a creature’s natural lifespan. As the underwater excavation begins, Kate and her team realize it is not a seal they have found, but a man. Carthage orders that the man be brought back to the lab in Boston and reanimated. They learn that he was - is - Jeremiah Rice, a man born in 1868, whose last memory is of falling overboard into the Arctic Ocean in 1906. Kate befriends Jeremiah while the media hound him, religious conservatives accuse the Lazarus Project of blasphemy, and the world at large suspects the entire enterprise is a massive fraud. Meanwhile, Kate has fallen in love with Jeremiah, the clock is ticking, and Jeremiah’s new life is slipping away.

In this gripping, original thriller, the very nature of humanity is examined as it never has been before: man as a scientific subject, as the prey of tabloids, and as a living being - a curiosity.

What listeners say about The Curiosity

Too long and unsatisfying

Would you try another book from Stephen Kiernan and/or the narrators?

I'm not sure about another book by the author. I would want to read a sample first. The narrator did a great job.

I liked when he got to see outside for the first time bad all his different observances.

Did The Curiosity inspire you to do anything?

Romance, sci-fi - one book fits all

This book had well developed characters and the numerous twists kept your attention. The different narrators was a pleasant surprise.

Would have given it 5 stars - if not for the ending.