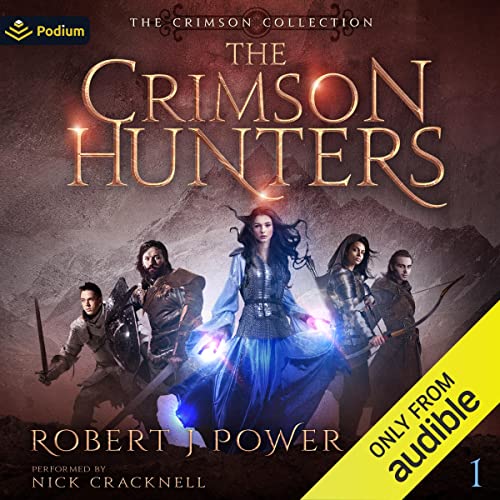 The Crimson Hunters: A Dellerin Tale

By: Robert J. Power
Narrated by: Nick Cracknell
Try for $0.00

A band of inept mercenaries. A girl with an arrow in her head. This latest contract could get them killed...again.

It’s been 30 years since Dellerin fell to the Dark One's rule. Magical Weavers have been hunted to extinction, and demonic attacks are frequent. With the kingdom’s remaining armies fighting an unwinnable war, the survival of small towns rely on whatever mercenaries they can afford.

The Crimson Hunters are the most affordable around. With few victories and a trail of failed plans in their wake, they are the only hope the village of Treystone have at fending off the demon hordes. But with rival mercenaries on their heels, a Grand Demon close behind, and a town hell-bent on getting itself destroyed, The Crimson Hunters will need a miracle to save them...as long as she doesn’t kill them first.

What listeners say about The Crimson Hunters: A Dellerin Tale