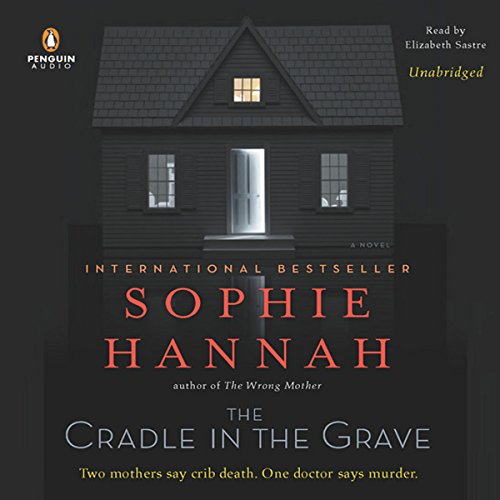 The Cradle in the Grave

Television producer Fliss Benson is surprised to discover that her superstar boss, Laurie Nattrass, is stepping down - and that she is to take over his documentary about crib-death mothers wrongly accused of murder. Thanks to Nattrass's advocacy, three women are now free, while the doctor who testified against them is under investigation for misconduct. Then one of the mothers is found dead. In her pocket is a card with 16 numbers on it, arranged in four rows of four-exactly like the anonymous card Fliss has just received in the mail. A masterful tale of psychological suspense, The Cradle in the Grave will transfix Sophie Hannah's fast-growing audience.

This book's triumph is that it is not just a perfectly executed psychological thriller, but a pertinent meditation on society itself." ( The Guardian)

What listeners say about The Cradle in the Grave

This is second book I have read by this author, absolutely brilliant and the narrator was brilliant.

The Cradle in the Grave

It should have had 4 stars in my eyes but I found the reader annoyingly hysterical or unnecessarily loud at times while the author tended to add unnecessary dialogue that had nothing to do with the plot but was filler. I liked the plot but only gave 3 stars due to the above reasons.