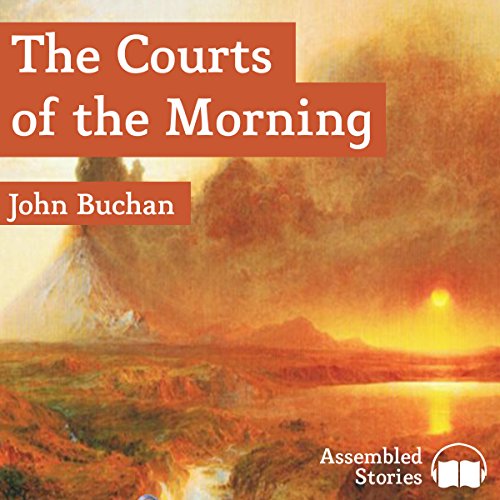 The Courts of the Morning

By: John Buchan
Narrated by: Peter Newcombe Joyce
Try for $0.00

John Blenkiron discovers that a ruthless industrialist is plotting to destabilise America and cause global turmoil. Although Bavarian born, Castor plans to dominate the world from Olifa, a small country in Latin America.

Hannay realises he is now too old for the job of thwarting these evil designs and enlists the aid of his old friend Sandy Arbuthnot, now Lord Clanroyden. Fortunately, Sir Archibald Roylance and his wife, Janet, are honeymooning in Olifa and are able to lend a hand. Sandy decides that revolution is the way forward, and Buchan draws on his experience of the tactics of the Boers in South Africa to describe the action of the campaign. Also, the villain is captured, and Janet is instrumental in effecting his ideological change but at great cost.

The novel was published in 1929. It is unlikely to be a coincidence that in the same year, American financial markets collapsed, giving another Bavarian national, who had been abusing his people, the opportunity to consolidate his power in Germany and, ultimately, make his insane bid for world domination.

What listeners say about The Courts of the Morning

This is a follow up in dick hannay stories. Although this story concentrates on characters introduced in previous books. It centers around sandy arbunoth, john blendon and archie roylance. we also get introduced to machines wife who plays an important part.
For a writer of his time many of john bucham female characters are strong and intelligent. Enjoyable especially if you like the characters in the series.
Thank you to the reader for such a pleasurable experience.

Buchan's tactical stories are rather better.

A fun story, clearly influenced by the Great War.
A little clunkily narrated, but a good listen.

Like so many Buchan novels, this draws upon a small band of intrepid heroes who orbit around Richard Hannay, who provides the foreword to this adventure. However, that is the limit of his involvement in a story which takes place in the interwar period in a fictional South American country, but has lots of characteristics of Argentina and Chile.

With Sandy Arbuthnot (of Greenmantle fame) and the American speculator Blenkiron in tow, the story promises much but is strangely lifeless. It centres on a rebellion inspired and led by Arbuthnot, but almost all the real action happens off-stage, a bit like many of the battles in Shakespeare and is reported by characters who run on breathlessly to tell their news. There are a few set-pieces which are quite gripping, but this is not one of Buchan's best, and it is small wonder that it has fallen into relative obscurity.

For Buchan aficionados only, I feel.

The courts of the morning

Readers expecting another rollicking Dick Hannay adventure may be a bit miffed to discover that Hannay only appears as the author of a story-setting prologue. However this shouldn't dissuade a reader from enjoying a somewhat longer adventure containing Buchan's other heroes from previous novels: Sandy Arbuthnot, John S Blenkiron, Geordie Hamilton plus Archie & Janet Roylance. There's also a nice set of villains. Most of the action occurs in a fictional country in South America.
Regime change is obviously not just a more recent US preoccupation.
A good story, not Buchan's best, but still entertaining