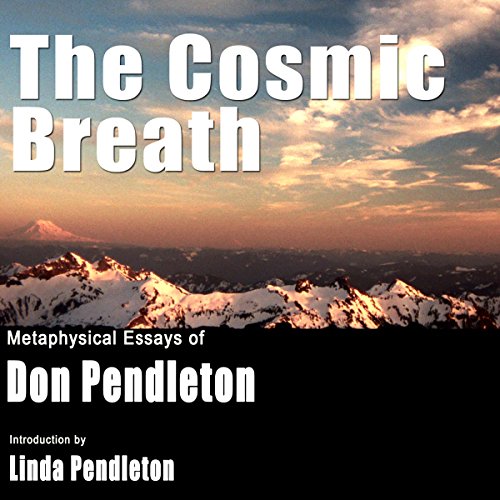 By: Don Pendleton
Narrated by: Tim Danko
Try for $0.00

Is there a reason for the existence of the world? This is perhaps the most basic question of metaphysics.

Don Pendleton's metaphysical essays dramatically explore the human experience and the spiritual meaning of existence. In Don's inspirational examination of religion, science, and philosophy, his findings are thought provoking, inspiring, and perhaps even transformational for the true seeker.

Don Pendleton (1927-1995) was the creator of The Executioner: Mack Bolan series, Joe Copp, and the Ashton Ford Mystery series. He published more than 100 novels and has sold nearly 200 million copies worldwide in more than 25 languages. He wrote the nonfiction A Search for Meaning From the Surface of a Small Planet; and with his wife, Linda Pendleton, he cowrote the popular books To Dance With Angels and Whispers From the Soul: The Divine Dance of Consciousness.

What listeners say about The Cosmic Breath