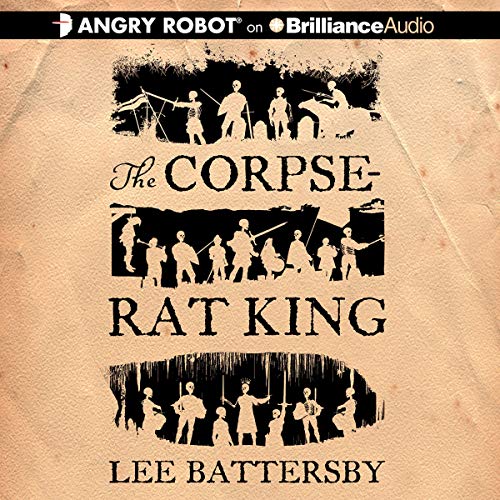 By: Lee Battersby
Narrated by: Michael Page
Try for $0.00

Marius dos Hellespont and his apprentice, Gerd, are professional looters of battlefields. When they stumble upon the corpse of the King of Scorby and Gerd is killed, Marius is mistaken for the monarch by one of the dead soldiers and is transported down to the Kingdom of the Dead.

Just like the living citizens, the dead need a king - after all, the king is God’s representative, and someone needs to remind God where they are.

And so it comes to pass that Marius is banished to the surface with one message: If he wants to recover his life he must find the dead king. Which he fully intends to do.

Just as soon as he stops running away.

What listeners say about The Corpse-Rat King

I was quite optimistic about this book, it sounded like it might be great. But it wasn't. I think what I disliked most about the book was the completely irrelevant section (about half the book). The entire middle section could have been cut without the plot loosing anything whatsoever. Everything from Marius leaving Keth to him meeting up with Gurd again should have been left out. Not only does it not add anything to the plot, but it doesn't do the main character any justice. Marius is supposed to be a clever con man who lives by his wits but the card game and the whole episode with the island make him out as extremely naive. The narrator did a good job. At the end of the book there's a not-so brief author's notes. He mentions a potential sequel; I won't be buying it.

I was looking for something to tide over the time until the next Gentleman Bastards book appeared and chose this because I enjoy listening to books read by Michael Page. The topic is somewhat unusual and the storyline meandering. I wouldn't have bought it if it hadn't been as well read.

Fun, silly and quite grim

What did you like most about The Corpse-Rat King?

Lee Battersby has a great descriptive style. The story moves along at a fair clip and isn't ashamed to add humour to offset the often grim subject matter.

Michael Page's narration is really good. He nails the dry wit of the story.