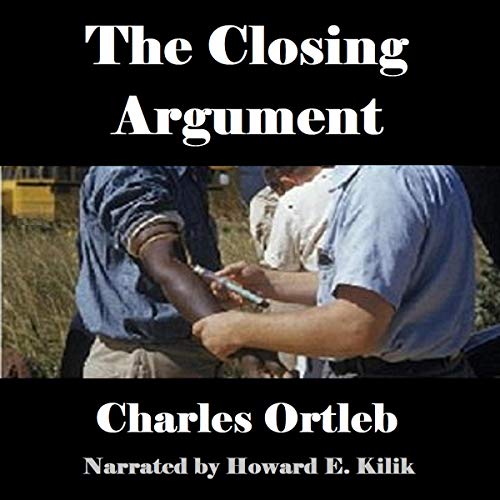 By: Charles Ortleb
Narrated by: Howard E Kilik
Try for $0.00

This bold, uncompromising book is the Uncle Tom's Cabin of the AIDS and chronic fatigue syndrome epidemics. It's one of those books that will inspire you to think outside of the box.

The Closing Argument is a provocative courtroom novella about an African American man who is tried in Connecticut for the crime of infecting a woman with HIV, the virus that the American government has declared the official cause of AIDS. In a move that shocks the nation, his attorney puts the government and the AIDS establishment on trial and tries to convince the jury that everything the public has been told about the nature of the AIDS and CFS epidemics is both racist and homophobic.

The author makes you the jury, and you have to decide from the attorney's closing argument if you can believe anything you've been told about AIDS, chronic fatigue syndrome, HIV, and HHV-6. This is the first work of fiction in history to focus on the cover-up of HHV-6, the devastating virus that has now been linked to many diseases in addition to AIDS and chronic fatigue syndrome. Nicholas Regush, former producer at ABC News, called the book "eye-popping reading if you dare to expand your scope of thinking about AIDS and justice". This game-changing audiobook could finally bring chronic fatigue syndrome out of the racist and homophobic closet where it has been hidden for decades.

What listeners say about The Closing Argument

Reliability and validity are not present when some experiments are done. What is the truth?