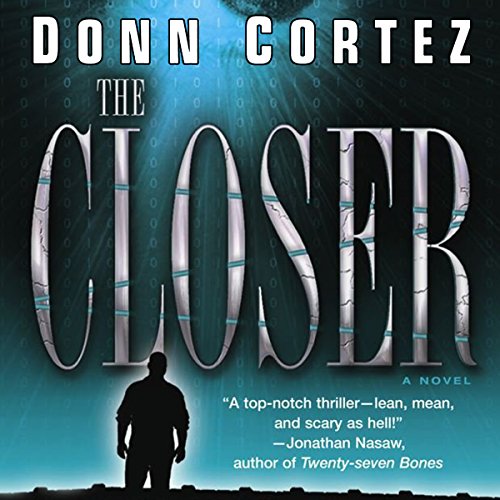 By: Donn Cortez
Narrated by: Gregory Maupin
Try for $0.00

He is the Closer - a remorseless executioner whose modus operandi is terrifying in its brutal simplicity. He captures his prey, tortures them until they confess their sins, and disposes of them as they deserve. His victims have only one thing in common: they are all serial killers.

Accompanied by a hardened ex-prostitute who lost her closest friends to a twisted murderer, the Closer is closing in on his ultimate quarry: an ingenious psychopath known as the Patron who must be stopped. For behind the façade of the Closer is a tortured man whose family the Patron slaughtered.

But even as the time for his revenge approaches, the Closer may be turning into what he despises most. Because with every violent act of retribution, he fears that he's no longer killing in the name of justice....

He’s killing because he likes it.

What listeners say about The Closer