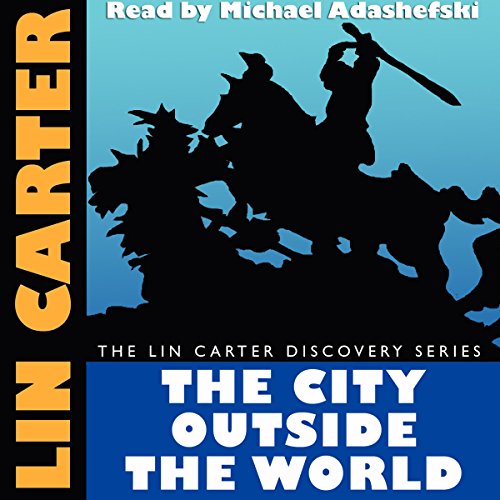 The City Outside the World

By: Lin Carter
Narrated by: Michael Adashefski
Try for $0.00

Mars: the skull of a planet picked clean by the wind of time.

North. Beyond the desert of Meroe, past the ancient cliffs of the dust-locked continents, past the dry wharts of a city that was old when Earth was new, the caravan crept into the unmapped wastland called Umbra. It was into this shadowed land that the lost nation of the People had ridden - and vanished - in a tme beyond memory. And it was here that the outworlder Ryker followed the golden-eyes of Valarda and found the Child-of-Stars.

Originally published in 1977, Lin Carter's sword-and-planet fantasy of Mars is grand adventure in the tradition of Edgar Rice Burroughs.

What listeners say about The City Outside the World

Amazing story. A must read for dreamers!

I remember loosing a dream when I was younger watching the Columbia disaster in 2003.

This book helped open my eyes again at 27.

For our generation that will be apart of exploring a world outside our own. Must read