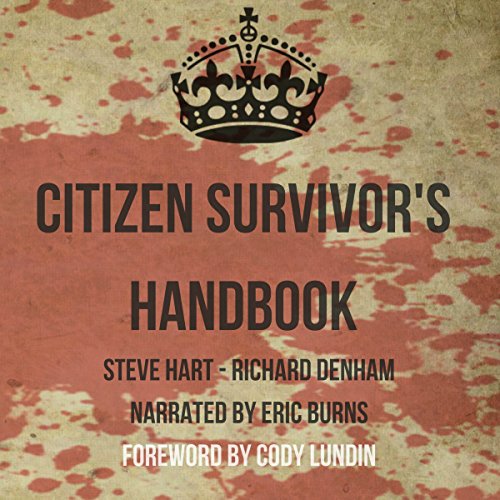 By: Richard Denham,Steve Hart
Narrated by: Eric Burns
Try for $0.00

The prepper's guide with a difference. During the 1940s, Britain suffered a national catastrophe that would become known as "The Great Tribulation" by its survivors. The remnant of His Majesty's Government formed a department known as The Ministry of Survivors, the mandate of this office being to help, guide, and inform the public through the anarchy around them. During the early years, they produced and issued a handbook known as The Citizen Survivor's Handbook.

However, as the situation became more desperate, the guidance within this book quickly became redundant. The Ministry deemed that the only remaining course of action was to produce a second edition; informing people to evacuate the chaos of the towns and cities and flee to the countryside, focusing on wilderness survival and how to be self-sufficient on the move.

This is a surviving copy of that handbook.

What listeners say about The Citizen Survivor's Handbook

The book itself is clever and fun, but the gentleman that reads it is amazing, fantastic voice, fun listen.