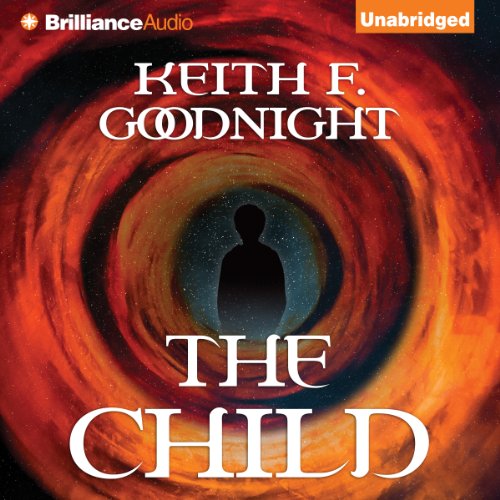 Dave Harris is a scientist living aboard the Alley, a military space station where he carries out hyperfield experiments. The technology to harvest energy from hyperspace saved humanity from extinction thirty years ago, and Dave’s research is at the cutting edge of hyperfield technology.

Just as Dave’s experiments make progress, an accident engulfs the Alley in a whirlwind of chaos and mysterious forces, leading Dave to a disturbing discovery: His work has uncovered the energy behind psychic powers - something horribly dangerous for a mindless machine to be spreading amongst the humans in the Alley.

While the hours slip by, crew members are going insane at a frightening pace, and Dave’s mind becomes clouded by horrifying visions. As he sorts through the aftermath of the disaster, Dave realizes that it wasn’t a singular event and if he can’t fight the impending madness, there is one certainty: The Alley will be destroyed, along with everyone in it.

Exactly what is real and what is psychosis

Keith Goodnight's The Child is an intriguing sci-fi thriller that unfortunately ends with the unanswered questions of exactly what actually happened and what was merely imagined. The story is set several centuries in the future after some stellar cataclysm that destroyed the sun. The survivors have barely managed to eek out an existence until the discovery of "hyperfields". A hyperfield experiment on a remote outpost appears to have created havoc by activating latent psychic powers and in particular amplifying a child's abilities that is driving everyone slowly insane. The physicist studying the hyperfields must solve this riddle in order to save everyone.

The sci-fi elements are fairly basic with space flight and these hyperfields which appear to access some strange dimensions that permit energy extraction. Problems arise (as in Ghostbusters) when the field cross. Detracting from the tale is the late entry of an alien along with a supposed dark force out for total destruction. At the end, it's less clear if this has been a sci-fi story or merely a psychiatrically challenged suspense tale. One could imagine in the movie adaptation, the main character waking up at the end to the announcement of the discovery of hyperfields and the whole thing having been a dream or a nightmare.

The narration is outstanding with an excellent range of voices, good pacing, and a tone that matches the intensity of the action.

I found the story to be exciting with enough mystery for me to want to know what's going to happen next.
I bought this book because I like Nick P, the Narrator & SciFi/fantasy is a gave genre of mine.

It kept my interest and more thought provoking

It is nice to find a book I can get lost in.

Where does The Child rank among all the audiobooks you’ve listened to so far?

Just a thought, does anyone else think this stilted, fill in the blocks book review is silly and actually detracts from a decent review?

What was one of the most memorable moments of The Child?

What does Nick Podehl bring to the story that you wouldn’t experience if you just read the book?

Nick brings tension and excitement that enhances the written story.

Who makes up these questions?

I think I know what I am about; I control my destiny by my actions. But how do I know if my perceptions and more importantly my motivations for my actions are entirely of my own?

Keith Goodnight takes the reader (listener) on an adventure. We learn that six impossible things may take place before breakfast. However, who defines what is possible and what is not? Good science fiction causes us to scratch our heads and wonder at the possibilities. Great science fiction like The Child is truly terrifying.

Keith Goodnight starts with and an “accident” and pulls us bodily through one mind wrenching consequence after another in such quick succession that we almost miss the subtle changes taking place around us. However, those changes channel us, push us, entice us, and ultimately convince us to push the button and change everything – forever.