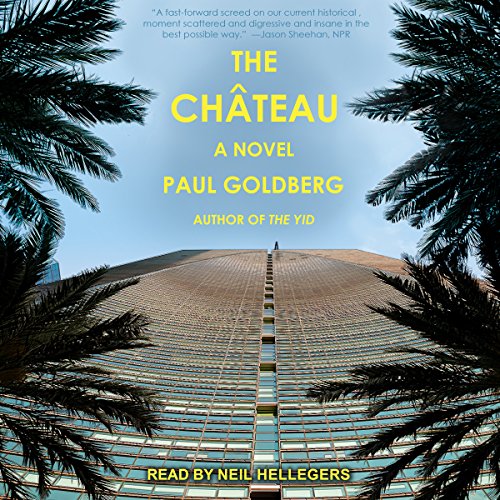 By: Paul Goldberg
Narrated by: Neil Hellegers
Try for $0.00

It is January 2017 and Bill has hit rock bottom. Yesterday, he was William M. Katzenelenbogen, successful science reporter at the Washington Post. But things have taken a turn. Fired from his job, aimless, with exactly $1,219.37 in his checking account, he learns that his college roommate, a plastic surgeon known far and wide as the "Butt God of Miami Beach", has fallen to his death under salacious circumstances.

With nothing to lose, Bill boards a flight for Florida's Gold Coast, ready to begin his own investigation-a last ditch attempt to revive his career.

There's just one catch: Bill's father, Melsor. Melsor Yakovlevich Katzenelenbogen-poet, literary scholar, political dissident, small-time-crook-is angling for control of the condo board at the Château Sedan Neuve, a crumbling high-rise in Hollywood, Florida, populated mostly by Russian Jewish immigrants. The current board is filled with fraudsters levying "special assessments" on residents, and Melsor will use any means necessary to win the board election. And who better to help him than his estranged son?

What listeners say about The Château