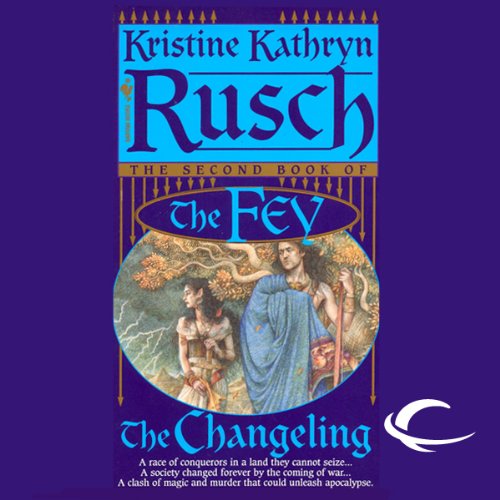 In the years following the invasion of the Fey, Blue Isle has maintained an uneasy peace. But the marriage between the Islander prince, Nicholas, and the Fey king's granddaughter, Jewel, has not brought their peoples together in true unity, as they had hoped. And worse, the firstborn son that Nicholas and Jewel had hoped would bring the Fey and the Islanders alike to accept their union has proven to be an empty husk of a child, seen by both races as an ill omen.

But Jewel's Vision has not shown her the truth: that Sebastian is not her child but a changeling, and that her true son was spirited away by her own father to the enchanted fortress of gray mist called the Shadowlands. There, Rugar hopes to use the boy's magic to consolidate his power among the Fey and finish the conquest he began. His theft of his grandson is only the first betrayal that will weaken the fragile alliance between races; soon an assassination will touch off an explosive chain of events that will threaten the survival of both peoples.

What listeners say about The Changeling

This series has been a great source of entertainment and I highly recommend it to fans of Sharon Shinn and Lois McMaster Bujold's The Sharing Knife series. I have listened from book one straight through to the end and it was very good. I really like the narrator as well.