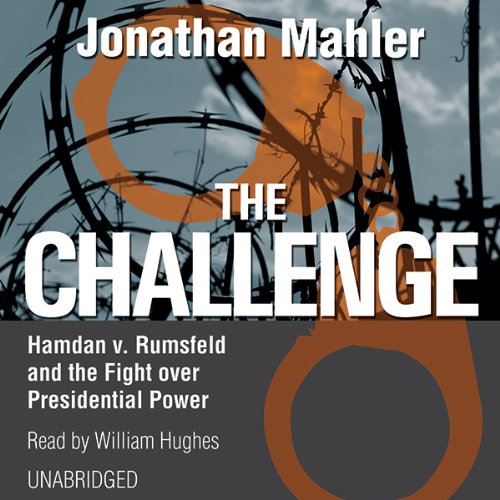 In November 2001, a 31-year-old Yemeni man named Salim Ahmed Hamdan was captured near the Pakistan border and turned over to U.S. forces in Afghanistan. After confessing to being Osama bin Laden's driver, Hamdan was transferred to Guantánamo Bay and designated for trial before a special military tribunal. The Pentagon assigned a young military defense lawyer, Lieutenant Commander Charles Swift, to represent him in a defense that no one expected to amount to much.

But with the help of a young constitutional law professor, Neal Katyal, Swift sued the Bush administration over the legality of the tribunals - and won. Written with the cooperation of Swift and Katyal, here is the inside story of this seminal case, perhaps the most important decision on presidential power and the rule of law in the history of the Supreme Court.

"This is the definitive work on an epic Supreme Court case - and on the human beings behind the headlines." (Jeffrey Toobin, author of The Nine: Inside the Secret World of the Supreme Court)

A crisp, clear, and compelling rendition of a leading human- and civil-case of the Bush years. Mahler draws wonderful characterizations of his dramatis personae and leads the reader smoothly through the thicket of legal issues. Highly recommended

An extremely well told tale, I was engrossed throughout - which is saying something when you consider that it is basically just a tale of consecutive lawsuits, weaved in and out of the lives of the principal characters.

The legal issues involved were well explained, even to a layman, and I never felt overwhelmed or bored by the legal details.

In order to enjoy this book, you definitely have to believe in individual rights over executive power, and to believe that it is this freedom that makes America strong, and that will ultimately prevail over the forces of darkness.