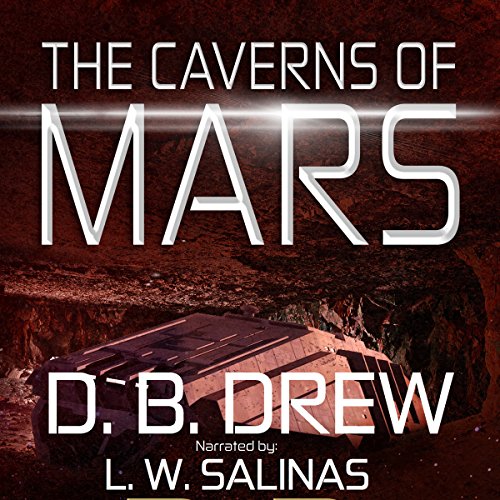 The Caverns of Mars

The culture is different, written with different values in mind. Sex discussed more openly and frankly, for example. It's my speculation on how culture will be in early 2080s.

Mixes subgenres of sci-fi plus a central romance. Many other story elements, too. Regular description:

In 2082 an elite group of scientists race to secure the future of humanity with alien technology left from the distant past, buried deep in the caverns of Mars....

Martina "Marty" Barbotti jumps at the opportunity to travel to the Mars base to secure the network and data systems on a secret project spearheaded by her longtime friend. It's quickly apparent that Marty and the small group of gifted scientists have their hands full deciphering technology far superior to their own. Technology that's alien in origin and at least a billion years old.

At 22 Dr. Mia Bierbrauer may be the youngest engineer on the team, but with two doctorates to her name she more than holds her own with the other more experienced scientists. But to her surprise, it's not just the advanced alien tech holding her interest. After spending the majority of her life isolated in the world of academia, the shy and inexperienced Mia finds herself drawn to Marty, the self-assured and confident cyber-specialist.

The group works tirelessly to reverse engineer and adapt the alien technology. The scientific possibilities for the new tech are limitless, but so too are the financial ones. Large global conglomerates, less concerned with ethics and more concerned with the bottom line, will stop at nothing to get their hands on it.

And this technology could, in the wrong hands, forever change the social and economic future of Earth.

What listeners say about The Caverns of Mars

A LGBT romance novel with sexual content on Mars.

This is not a book about billion year old alien technology. That is a backdrop for a romance novel with "Large global conglomerates" bad guys putting our freinds and lovers at risk.

If you are looking for SyFy, pick another book.