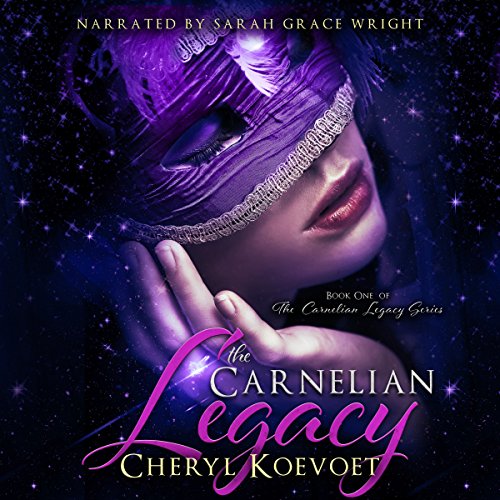 By: Cheryl Koevoet
Narrated by: Sarah Grace Wright
Try for $0.00

Marisa MacCallum has always believed the man of her dreams was out there somewhere. The problem is, he's living in another dimension.

After the death of her father, 18-year-old Marisa is in search of solace when she sets out on her daily ride through the woods of Gold Hill. But when a mysterious lightning storm strikes, she is hurled into the alternate dimension of Carnelia where she is quickly discovered by the arrogant yet attractive nobleman, Darian Fiore.

Stranded in an ancient world teeming with monsters, maniacs and medieval knights, Marisa has no choice but to join Darian on a dangerous mission to negotiate peace with his cousin and archenemy, Savino da Rocha. Along the way, Marisa starts to see his softer side and unwittingly falls in love. But after she discovers that Darian is locked into an arranged marriage, her heart shatters. When Savino falls for her charms and demands her hand in exchange for peace, Marisa is faced with an impossible choice: marry the enemy of the man she loves or betray them both and become the catalyst for a bloody war.

What listeners say about The Carnelian Legacy

This is my first audio book. I was originally daunted by the length of it, but became very impressed with the execution of it. The narrator did a very good job of getting the tones right and changing her voice enough that you'd recognize who was speaking, and even the background noises made it more fun.

I had read the first edition of this book which is about a 100 pages less. I found that the author's addition of the hundred pages really made a great difference. I thoroughly enjoyed the first book but this one was just well-rounded out.

The only part that seemed to drag for me was the two times there was a song played to stress the piano music in the book. The music was appropriate but I wanted to get on with the reading and so it was more of a distraction for me.

I could easily listen to another narration by Ms. Wright and I look forward to Ms. Koevoet's second book!

I did not finish it

I gave up for one reason, the sound effects. It's very distracting and I don't like it in my audiobooks at all.

nice premise, but no

I almost never abandon a book, but the main character is vapid and inconsistent. I had to stop halfway through because it's just too frustrating. The male "voices" were also odd and distracting.