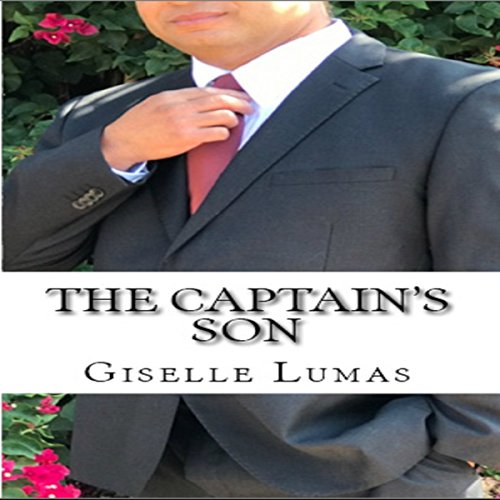 Raymond Jackson, Jr., returns to Palm Hills, California, years after a misunderstanding with his father which caused a wedge between his family. His father passed away a year and a half ago, so he feels it's time to make amends.

His brother also suggests Ray makes amends with his father's girlfriend, Cass, as well. He knows it will be a challenge but believes family and friends are worth fighting for.

What Ray didn't expect was to fall for Cass, whom his father had planned to marry before he passed away. He's determined to make her his, but will she see things his way?

What listeners say about The Captain's Son

The captain's son, Ray Jr. wants Captain Ray's girlfriend. I am glad Cass found love after the loss of the captain. This book has a lot of focus on race that was not necessary. In the end, I am glad there was forgiveness. Overall this was a good book. Giselle Lumas did a good job with the narration. I received this free copy audiobook at my request and have voluntarily left this review.

The Captain’s Widow and His Son

A pretty good standalone because I didn’t feel like I missed much by not having listened to Book One, "Captain of My Heart.” It’s a story about false judgements and coming to terms with a different truth. About family and love and loss and recovery. The idea of the outcast son replacing his father’s role is a good one. The story would have benefitted by being longer. I listen to a lot of audiobooks so I’m a bit picky about narration. Giselle Lumas, the author, does a fine job narrating, but IMHO not at a professional level. I was given this free review copy audiobook at my request and have voluntarily left this review. My review is HONEST. A round of applause!  👏🏻

The Captain's Son by Giselle Lumas is a wonderful story of love after loss. I really liked how the author was able to interject some humor in this book, and have realistic emotions. Rarely does an author narrator their own book, but in this case it's perfect. Giselle performs the book smoothly and with wonderful expression. This book is a standalone listen and a continuation of the previous. I requested this review copy audiobook and have voluntarily written this review. I loved the ending of this book.

This is the second book in the Series. The story continues where the first ended. This short story can be listened as a standalone, but I recommend to listen to the first book before. This is an unusual love story. The storyline has some funny scenes. The secondary characters are also interesting. I love the happy ending. The narration was easy to understand. I received this free review copy audiobook at my request and I have voluntarily left this review.

The Captain’s Son was another great read by Giselle Lukas. Raymond Jackson Jr has returned to his hometown after years of misunderstandings with his father. His father passed away and he returns to make amends with his fathers girlfriend Cass. He didn’t expect to fall in love with her. I loved Ray and Cass’ story.

Sort story of love after loss. If not for the narration I would have rated this higher. I did like the voices used by the narrator but the recording sounded flat I received this audible free at my request. This is my opinion of this audible

A terrific follow-up to Captain of My Heart.......

The Captain's Son is book two in a series, and it picks up immediately after the end of Captain of My Heart. Although the author does a good job of making this book a standalone, I highly recommend listening to both books together. The ending of the first book left me a little sad, but this book had me feeling hopefully within the first chapter. The Captain's Son is definitely a romance, but it also shows both main characters learning to leave the past behind them and to move towards a future together. The author portrays both main characters as strong, determined individuals, and it is fun to watch them learn to give up a little control in order to receive a lot of happiness. Lumas not only writes a great, low-angst romance, she also does a good job with the narration. She differentiates well between the characters, and she sets the emotional tone well throughout the story. Most authors don't make good narrators, but Lumas is an exception to that rule. I received a copy of this audiobook at my request in exchange for this honest review.

SPOILER–The Captain's Heart Is First In the Series

This is part 2 of the Captain's Heart – though both can be read as standalone stories. There was quite a time period between listening to the 2 books for me, things easily fell into place. I think that the listener would have a great experience if one were able to listen to Captain's Heart and Captain's Son back to back.

Cass meets the estranged son of her deceased lover. Her anger and disappointment at his behavior toward his father immediately put a wall between them. Will she be open to hearing Ray's side of the story?

Without spoiling, this book is a bit over the top – not necessarily in a bad way- one example: Cass' daughter is going to a winter formal. She chooses a dress that is above her budget and Ray and Lucas swoop in with the funds needed plus shoes, jewelry, the works. Similar scenarios happen throughout the book especially when Cass is faced with her ex-husband.

There was an unusual focus on race in this book. While it is important for the author to describe the characters for the reader's imagination initially, there were repeat descriptions of each the nonwhite ones. From hair texture to skin color… there were no situations where race was part of a conflict or the story in any way, so the descriptions throughout the book did not really make sense to me. (I also found it ironic that while a majority of the characters were described as black or mixtures thereof – including the main character, Ray – the book cover features the author's, seemingly, white brother!)

Giselle Lumas also narrates this [her] book. It was lovely, but for the use of the word chaperone. :-) I'm sure it is just a regional difference in pronunciation but I was happy when the discussion of chaperones was over! Other than that , Lumas is not only a talented author but a very good voice performer. 4 stars

Overall I enjoyed the book and it was nice to come full circle with the previous book in this duet. I WOULD choose the 1st book over this one, if forced to pick. A strong 3.75 stars

Thank you for taking the time to read my review. *I was provided the unique opportunity to receive an advance copy of this book to listen to in exchange for my unbiased review.

If you could take a moment and select 'helpful' directly below, I would really appreciate it. Please consider following me on Audible

I enjoyed this audiobook. There were a few moments that the flow of the storyline was slow, but it had picked up eventually. I liked the different characters, and the narrator was did a good job with distinguishing the differences in voices.

Betrayal and hurt, love and forgiveness

The romance in this story is really beautiful. I found myself laughing and crying as the story developed and the characters moved from grief and hurt to love and forgiveness.

The characters are really nicely done, I felt like they could be real people.