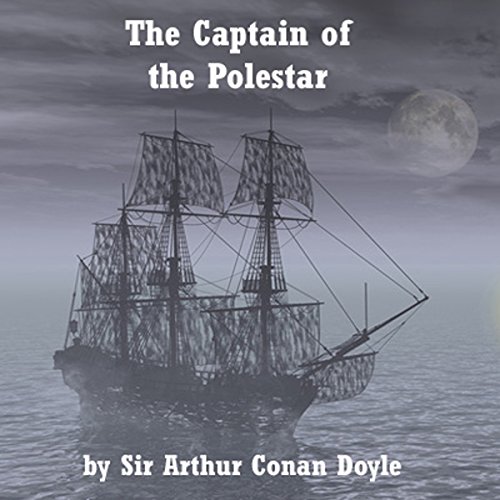 The Captain of the Pole Star

The Captain of the Pole Star

Sir Arthur Conan Doyle wrote many types of fiction: mystery, detection, science fiction, and historical adventures. He created many memorable characters, wrote dozens of short stories and more than two dozen novels, yet everything he wrote fell under the the shadow of Sherlock Holmes.

He was also an accomplished teller of tales featuring the weird, the supernatural, and the horrific but, as a result of the immediate association of the author's name and his morst famous creation, many of his excellent stories like "The Captain of the Pole Star" are not as well known as they would otherwise have been.

"The Captain of the Pole Star" is the supernatural story of a sea voyage. A ship is trapped behind sheets of ice and, while waiting for a thaw, strange visions are seen and weird sounds are heard. Soon, even stranger things begin to happen.

The story line of this short work is extremely lacking in both imagination and development. If you can overlook the monotone reading voice of Walter Covell, who delivers a version somewhere between the evening news and an automated answering message, the story is not worth the effort. I really have enjoyed many of Sir Arthur Conan Doyle's novels and was exceptionally surprised at how truly weak this one was.