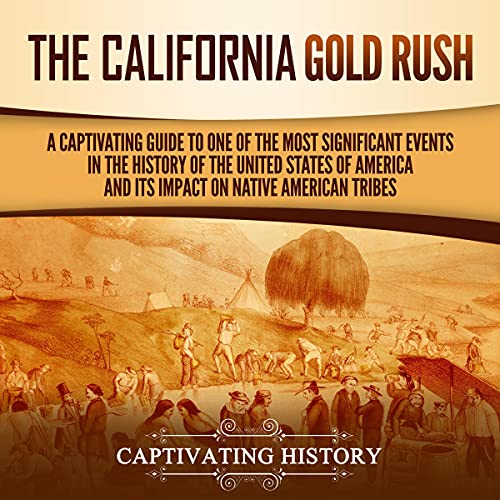 Did you know that the California Gold Rush was the largest mass migration event in the history of the United States of America?

More than 300,000 people settled in the previously sparsely populated California. And they all came in the period between 1849 and 1855. But sadly, the people living in California quickly fell into violence, racism, and misogyny.

Mexicans, Native Americans, other non-White settlers, and Indigenous peoples were persecuted, hunted, and expelled from the territory. The California Gold Rush may have been one of the great events that shaped the US into what we know today, but it was also one of the saddest events, with 370 massacres committed upon the indigenous tribes of California.

Yet, the California Gold Rush was a period of rapid changes, industrialization, and the modernization of the whole US. The quick development of California, as well as the many new beginnings and successful businesses people managed to start gave California its nickname of the Golden State. A new philosophical idea aptly named the “California Dream” started, and many people rushed to gain a fast fortune in a new land.

In this audiobook, you will learn about how gold was discovered and who started it all.

You can also learn the following:

Scroll up and click the “buy now” button to learn more about the California Gold Rush!

What listeners say about The California Gold Rush

So little of what is explained in this book is readily available to our children in school, amateur historians, and the general public. The best thing about this book, and all the Captivating History books, is that it makes the truth of our collective human history accessible to everyone. Not everybody knows that at the time gold was first found in California, that territory still technically belonged to Mexico. Very few of us know that people from other countries also flocked to the west coast, hoping to find gold and become rich. Even fewer of us take the time to recognize and acknowledge the devastation the discovery of that precious element wreaked on the indigenous peoples of the west, the landscape, and the environment.

The book is easy to listen to, chocked full of interesting details, and objective about the effect this one period of time had and still has on our country.

this was a fascinating book. I learned about the gold rush when I was in school. but this book taught me a lot that I didn't know about.

more than California was affected

this caused immigration from all over the world.
inflation was felt everywhere.
Narrator does a fine job with his British accent.

From a sleepy backwater to one of the most important places in North America, almost over night. From a population of less than many small towns today to a mad house in months. California and its' gold rush attracted just about every type of person there is and dumped them into a smelting bowl. This history is very enlightening and more than entertaining as well as educational. What more could a person want.