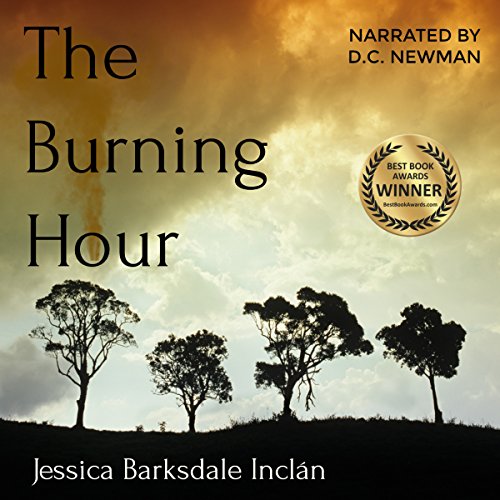 By: Jessica Barksdale Inclan
Narrated by: D.C. Newman
Try for $0.00

Set in the Ruby Valley of Nevada, The Burning Hour is a novel about the volatility between tradition and public necessity.

On one side are the Mapps, a fiercely independent Native American family, who fight back as government agencies ignore treaty agreements and try to exert control over Mapp family land. On the other is Nick Delgado, a young wildland firefighter for the Bureau of Land Management who searches for his own place in a world that teeters between alien and achingly familiar.

Faced with the driest fire season on record, the Mapps must place their trust in a government less than honorable, while Nick struggles with regulations and familial expectations to become the man he needs to be.

The Burning Hour is a 2017 Best Book Awards winner, a 2017 WILLA Awards finalist, and a 2017 Indie award finalist. Best-selling author Jessica Barksdale Inclan has been published by New American Library and Kensington. The Burning Hour is her 16th novel. Twelve of her short stories have been contracted and produced by Audible.com.

What listeners say about The Burning Hour

The Burning Hour Captivated My Days

Once I started reading The Burning Hour It was difficult to put down for many days to come until I finished it. I loved the numerous sub-plots: The love relationship, The BLM and the Indians, Matts desire to get away from a desk job and of course the fire. The pace that the author unfolded the details keep me hungry for more. Great Book!