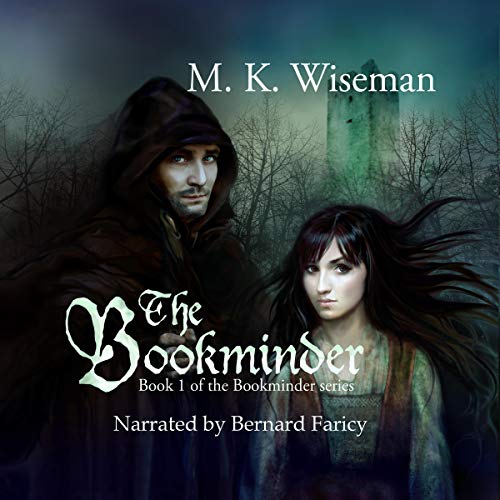 Sired by magick and violence, 16-year-old Liara is found guilty of witchcraft and banished from her tiny village by the very priest who raised, then betrayed her. However, a mysterious mage steps forward to assume custody of her: Nagarath, the Wizard of Parentino, whose secret spellwork has long protected both Liara and Dvigrad from the ravages of war.

Despite Liara’s best hopes, Nagarath refuses to apprentice her to his craft but tasks her instead with the restoration of his neglected library. Liara gleans what magickal knowledge she can on the sly, determined to learn, come what may. But the first test of her stolen knowledge goes awry and renews an evil wizard’s interest in the people of the Limska Draga valley.

Only by tapping Liara’s inherent magick and joining it with his own can Nagarath protect Parentino from suffering a horrible fate. However, her discovery of his secrets destroys their fragile trust and ignites the darker tendencies of her gift. Now, he must rescue her from the influence of his mortal enemy before their powerful new alliance destroys them all.

What listeners say about The Bookminder

A Good Start to a New Magical Series

Liara was born of magic and has been treated horribly for most of her life by the people of the village of Dvigrad. She has been living at the church until it is discovered that she has been stealing from people and using magic. She is banished but saved by the mage Nagarath but Nagarath makes it clear that he is not going to teach her magic.

They live at the crumbling castle Parentino which has its own secrets. Nagarath comes to care for Liara and starts teaching her a little magic. But someone is determined to find both of them, a powerful mage that is determined to use Liara’s power for his own good.

Liara has been looked down on her most of her sixteen years of her life. Because of this she tends to be aloof and on her own but is driven to learn magic for revenge. It’s a little hard to like Liara because of her constant whining and her focus. She constantly complains and at some parts I was about done with her.

Nagarath has his own secrets but is eaten by guilt over something that happened in the past. I commend him for taking on Liara when he wasn’t really planning on it. He has more patience than I do. But I was getting frustrated when he is trying to protect both of them but refusing to explain.

This is a rough start to the series, but I do see the potential in it. I am excited to start The Kithseeker. I think having Liara and Nagarath work together is going to be the glue to the loose ends.

I'm excited for this series, especially after listening to the first book in the series, The Bookminder. Great stuff!

Totally entertaining, I was engrossed in it the whole way through -- thought both writing and narration were really great.

I'll definitely be interested in listening to more in the series, definitely worth a listen :)

Fun start to a Fantasy Series - No Spoilers

In the era of witch burnings, the story starts out with a priest caring for a young girl with powers and trying to hide it from the community. I really enjoyed the plot, the character development, and the detail the author put in. It really was a great start to a new fantasy series on magic and the power of friendship. I would definitely recommend this series to anyone who enjoys this genre, it really was a lot of fun.

A delightful start to a magical series. M. K. Wiseman's prose is romantic and beautiful, and her characters are irresistibly likeable.

I loved watching Liara and Nagareth's relationship develop. Fiery, fierce Liara and messy, lazy, yet playful Nagareth are thrown together in less than ideal circumstances (that's what I say when a superstitious village exiles an orphan and a wizard takes her in).

I found the growing pains of these two opposites getting used to each other adorable. Liara's teenage angst as she worries her first love and childhood friend, Krešhmir, isn't into her was well done, giving me flashbacks of junior high.

My only complaint is that the narrator made Nagareth seem way older than he is and Liara sound whiny. But that wouldn't have been a problem if I would have read the book instead of listened to it.

I am fairly new to the fantasy genre but love historical fiction so thought I would give this a go. I loved the setting of 17 century Croatia, a time when so called witches were being hunted. I thoroughly enjoyed the story line and Liara’s story even if I found her annoying at times- probably due to her being a teenager. It was slow in parts but it still kept my attention and drew me in. I hadn’t realised Is was targeted at YA audience and this maybe why I found it a bit slow and not as engaged with the characters as I could have been.
The narrator had a good and clear tone and a relaxing timbre.

I really enjoyed the story of this fantastic historical novel. Set in 17th century Croatia, we see a slightly unlikeable, precocious but genuinely clever and gifted girl, Liara, apprenticed to a powerful wizard.
At the outset, it may seem a YA novel but I think it crosses over the boundaries fluidly and could be for all ages, from well-read teens upwards.
Through the course of her belligerent, learning of the craft, I think Liara does learn, even if she ends up in the clutches of evil. In this, the story is well written and the characters are very full of personality and conscience.
There are some great set pieces of magical use and conversations between the various leads and seemed to flow quite nicely.
A thoughtful fantasy, about back to basics magic use, with an interesting setting.
I wasn't as enamoured about the narration. The narrator seemed to read everything off the page in front of him, including the "chapter XX continued" despite the audio breaks being full chapters. It took some getting used to it too but was reasonably good on intonation and characterisation. I have to say I tended to look through it's faults to the story though.
I will be reading the next volume as I am intrigued by the growing up of and learning curve of our main protagonist.

I was drawn to this book because it was set in Historic Croatia, a place close to my heart.
I was pleased I did, the story and world of the Mage is well thought out, there is plenty of sullen teenage angst to suit a younger reader wanting a little more grit with their spells. Older readers can get much from the paternal feelings developed between Liana and her Wizard Guardian and all fantasy fans will get a frisson of delight from the apocalyptic power that a tale tangled with lies, manipulations - and at it's end redemptive acts of love and loyalty unleashes

Liara is ousted from her home village & a mage takes her in. It seems he’s going to keep her right & stop any magick then things take a turn and she finds out about lineage & life.
I really enjoyed this. A good solid fantasy book that kept my imagination going. I do like a good book about creatures & other worlds.
The narrator was good too, a voice you could sit & relax too.