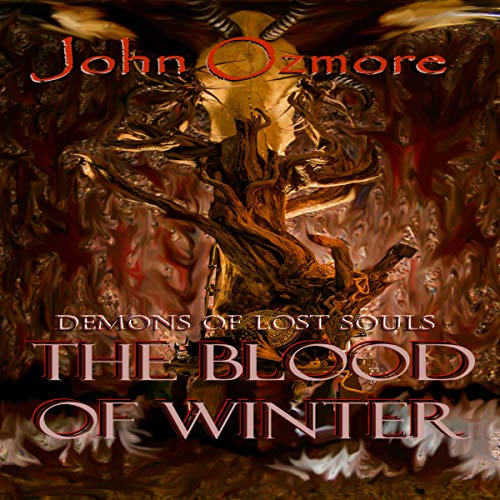 The Blood of Winter

Winter could remember Death's voice in the womb. It calls to him still, filling his mind with visions of all the ways he can die. The premonition of Death is an ally in war, and Winter will need it to survive the coming darkness.

King Drohn is destroying everything and everyone, leaving the world in ruin. Branded a traitor and forced to escape, Winter must travel to the ends of the known world to gather allies while trying to protect an indigenous tribe and the woman he loves.

The three empires have existed before recorded history, and few know what they were built to hide. When the blood from their war saturates the earth, the Demons of Lost Souls will rise and cleanse the world. In forgotten prisons beyond our stars exists a darkness even Death must fear.

What listeners say about The Blood of Winter

Gift with words and vast imagination!

John Ozmore brings to life a rich world with a story that is both unique and intriguing!