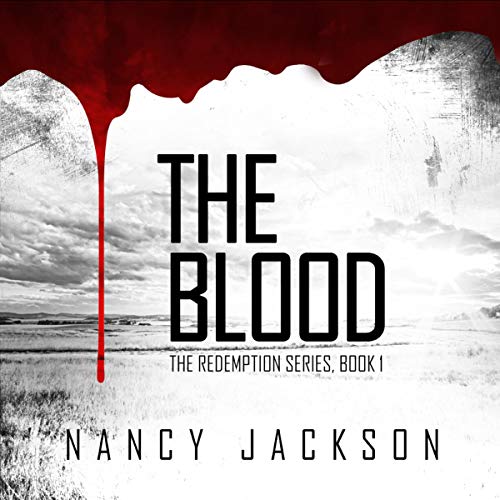 By: Nancy Jackson
Narrated by: Daniela Acitelli
Try for $0.00

An irrational need for blood draws the killer, compelling them to kill. Two Oklahoma State Bureau of Investigation agents, Carrie Border and Randy Jeffries are working hard to find and take down the killer before their own tangled lives trip them and take them down first.

What listeners say about The Blood

Loved this book couldn't put it down. Can't wait to read the next one. Great plot and twists, keeps the story going and the reader wanting more.

The Blood. It starts slow very slow and builds into a tense and dramatic murder thriller.
It is the authors first fiction book, but it is a superb work . that has many twists and turns. It is book 1 of the series and I look forward to the follow up.
I say to fellow readers and listeners Have patience . The book is superb .
I received a free copy of this audio book at my own request and voluntarily leave this review.

Was not what i expecting, but very good

After reading the description for this book, it was not exactly what I was expecting. I think it could almost be described as Christian fiction as the Christian theme is very strong throughout the novel.

I am not usually one to pick up books with religious themes, but this book was very good. Very suspenseful, a guessing game to the last minute. Not overly gory, for people who are not into that. But just enough mixed in with the mystery element to keep it interesting.

It was refreshingly different from my usual listens and reads. Very well written.

Narration was very good as well. The flow was pleasant and easy to listen to.

Over all four stars. Interesting listen. I would read/listen to more work from this author.

This is a great story, very suspenseful keeps you drawn in. I couldn’t wait to find out what happens next. I finished this book in to listens. It would have been one but I had to sleep.

This story begins strong with a lot of promise, but then doesn't truly delivers. It's interesting, and I actually listened to it until the end, but by then, I was more interested in the cops (particularly Carrie) than in the main character.

Nevertheless, the concept is intriguing enough that I'm curious about the rest of the series, and will probably keep reading it, particularly if the books center in Carrie Border and Randy Jeffries.

The narrator, Daniela Acitelli, does a great job.

The story itself was interesting. The person reading the book however was awful. Unfortunately her interpretation of what she was reading was not good to me. There was several times I had to pause the story and go back to it because I really wanted to enjoy it.
The Story was okay though. I enjoyed the religiousness of it also the criminal aspect. I really loved the relationships that form between all the characters.

I was surprised at how much I enjoyed this book. It was not what I expected, but it was a refreshing change from other books I have read recently. Nice job to the writer for suspense in every chapter!

Gripping, suspenseful, and fun to read!

Gripping, suspenseful, and fun to read.
You will not want to put this book down. There are many twists and turns and you will fall in love with the characters. The author has a way of bringing you into the moment, and surprises you with every chapter.
I can’t wait to read the next book in this series!

This book is so good! Very well written, story flows easily, and with surprising twists to the plot! I can't wait to read the sequels!

A murder in small town in Oklahoma: a man's throat has been cut, clean and deep. No defense wounds. No clues. Police partners Carrie and Randy are still searching for possibilities when a second body, same injury, appears: that of Keith, the first victim's friend. They'd worked together on the same ranch. There was speculation that this might be the work of a serial killer....

The story starts well, fu!filling the promise of the promotional synopsis; but then, instead of continuing as a straight police procedural, it reels off into a romance and an almost mystical Christian propaganda book. Not that it is bad, or even tedious, it isn't. The characterisation is good, there's the trail of a possible, if unexpected suspect and a final, dramatic denouement. But the killing spree and it's solution become secondary to the rest of the book and certain earlier aspects are seemingly abandoned, which is a pity.
The narrator, Daniela Acitelli, reads clearly and well, with good pacing, just enough emotion and good intonation. She also voices her protagonists individually, further increasing the already good characterisations. In particular, the three women most central to the story - the police woman, Carrie, and two librarians, are both well written and performed, and are interesting people.

My thanks to the rights holder of The Blood, who, at my request, freely gifted me with a complimentary copy via Audiobook Boom. It was an enjoyable read despite not being the book I had expected, and my feeling that the heavy Christian redemptive message was both overplayed and, in some ways, contradictory. But then, the series title is the Redemption Series - so perhaps I could have guessed. I am curious to know if book two will take place in this same fictional town and pick up on aspects abandoned in this story. If so, it could be very interesting. If not - well, then I doubt that I will bother with the continuing stories