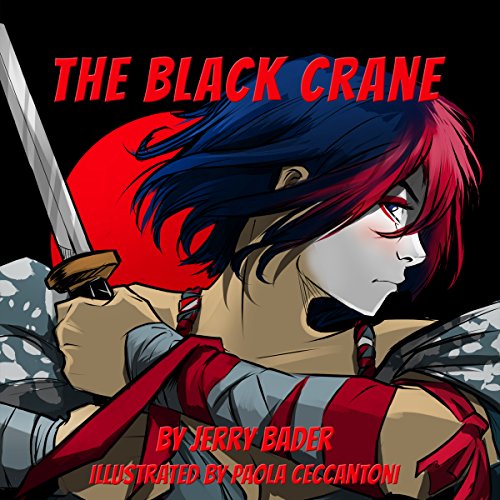 CIA stringer Richard Lancaster has been tasked to search out drugs for the new MK-Meta Drug Program, a black ops program designed to use psychotropic drugs to disrupt international crime organizations in the US. On a routine trip to the Brazilian rain forest, Lancaster discovers a new, even stronger, and more dangerous variant of the potent borrachero tree, the source of what the Brazilians call burundanga, a scopolamine-like psychotropic powder.

The MK-Meta team decides to force a Yakuza tattoo artist, Takumi Endo, and his beautiful artist daughter, Michi, to dose the youngest son of a Yakuza Oyabun (Godfather) in order to steal a computer containing the accounting records of a rival gang. The attempt to steal the computer fails, resulting in the deaths of numerous innocent civilians, an event the newspapers call "The Massacre In Little Tokyo".

In order to cover up the disastrous plan, Lancaster kills Michi's father and any other witnesses associated with the failed scheme. Upon learning of her father's death, Michi is transformed from a peace-loving traditional Japanese daughter into a revenge-seeking vigilante in the form of a Japanese-style bosozoku, dubbed "The Black Crane". The Black Crane [Kurodzuru] bosozoku does not stop until all the people responsible for her father's death have been punished.

What listeners say about The Black Crane

As a avid listener of Fantasy/SciFi novels, I have the opportunity to listen to many different Narrators. I completely enjoyed this book, because of the narration. The narrator is extraordinary. He brings everything character to life with speech inflections that are all unique and distinct. Thanks for a great experience.

Fast-paced and dark story draws you in

Listening to The Black Crane was an interesting experience, as I had never thought of a graphic novel as something that could be audiobook'ed. The story is a dark story of deception and revenge, with characters that are well written and easy to latch onto. The plot is creative, with just enough detail to keep you hooked, but not get bogged down. Overall, I found it to be a listen that makes me want to buy the physical copy, though what I think would be really great is a video version, using this narration. My mind goes to similar places to flashbacks in popular animation such as Avatar: The Last Airbender or Full Metal Alchemist. The narrator is articulate throughout and creative in his use of slight vocal changes to discern characters. You never lose the thread in a multiple-person conversation, and can feel the emotions being portrayed. When a character is angry, the narrator makes sure you know. There is a bit of deception and cruel manipulation in the story, which the narrator conveys with snake-like charm. Of particular note are the moments at the beginning of each chapter. They all start with a Japanese word, used as a theme. The Japanese is spoken well, and is followed with a translation, portrayed with the same feeling as the Japanese prior.