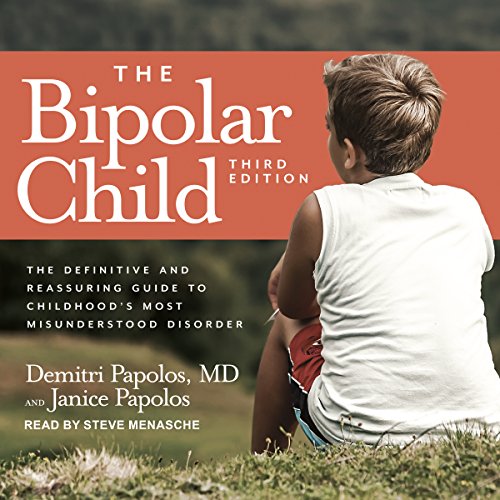 Bipolar disorder - manic depression - was once thought to be rare in children. Now researchers are discovering not only that bipolar disorder can begin early in life, but that it is much more common than ever imagined.

Yet the illness is often misdiagnosed and mistreated with medications that can exacerbate the symptoms. Why?

Bipolar disorder manifests itself differently in children than in adults, and in children, there is an overlap of symptoms with other childhood psychiatric disorders. As a result, these kids may be labeled with any of a number of psychiatric conditions: "ADHD", "depression", "oppositional defiant disorder", "obsessive-compulsive disorder", or "generalized anxiety disorder". Too often, they are treated with stimulants or antidepressants - medications that can actually worsen the bipolar condition.

Since the publication of its first edition, The Bipolar Child has helped many thousands of families get to the root cause of their children's behaviors and symptoms and find what they need to know. The Papoloses comprehensively detail the diagnosis, explain how to find good treatment and medications, and advise parents about ways to advocate effectively for their children in school.

What listeners say about The Bipolar Child

A Must Have for Parents

I found this book to be a great resource and so detailed that it covers everything you would want to know about a mood disorder. A valuable read.

Absolutely outstanding book. If I had read this book 30 years ago, I could have saved myself a lot of grief. The symptoms and situations described couldn't be more accurate. They cover everything from symptoms, treatment, how to choose a doctor, and even how to deal with the schools. You may find it mundane at times when they start talking about all the different medications, but stay with it and take or highlight notes. I raised two children with emotional disabilities back in a time when it was taboo to even mention the words. One of my children, not diagnosed until well into adulthood, despite thousands of dollars spent on mental health doctors and clinics, could easily have been the subject matter in this book. I highly recommend this book to anyone whose children aren't acting like a normal child should act. You're the parent, you know when it's not right. Read (or listen) to the book and then get help for your child. It will make the difference between being a successful and struggling adult.